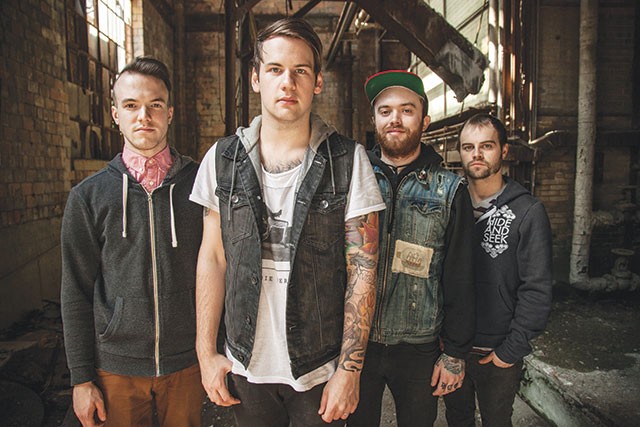 The casual listener likes to say that music is good as long as it “comes from the heart.” Bullshit. Too frequently, sentimentality’s very nature causes the artist to lose focus on the art’s purpose: to communicate an idea. An outpouring of artistic emotion often indicates artistic poverty; the artist is so caught up in trying to express a certain “feeling” that he/she/it forgets that the point is not to convey emotion, but to provoke it. It’s not enough to tell your audience that you’re sad. You must make them sad.

This applies to all genres (ahem, pop country, cough, cough), including that scorned cacophony we call heavy metal. The past decade and a half has seen a deluge of songwriting craftsmanship that’s pushed sonic, musical and emotional boundaries without devolving into the sentimental schlock that the mass audience thinks it desires. Skeptics are encouraged to investigate the work of Anathema, Pain of Salvation and even Killswitch Engage to hear uplifting and transcendent metal.

Which brings us to Beartooth. The solo project of one Caleb Shomo, Beartooth embodies the argument that fervor, talent, authenticity and drive don’t necessarily yield earth-shattering artistic expression. There is nothing wrong with Beartooth’s debut EP, Sick. Shomo’s knack for juxtaposing ear-splitting dissonance against almost poppy hooks delivers an agonizing autobiography of the young troubadour’s personal problems, all the while raging away in a testosterone-fueled frenzy that typifies the post-New England metalcore sound. Screamo this may be, but it is of a hardened, callous, Peter Dolving (ex-The Haunted) variety, far removed from the hopefully feigned despair Shomo and his former Attack Attack! bandmates intoned on “What Happens if I Can’t Check My MySpace When We Get There?” And, mercifully, Sick bears no obvious evidence of AutoTune, the indiscriminate use of which rendered much of Attack Attack!’s output unlistenable to anyone old enough to know Cher ever believed in life after love. Kudos to Shomo for acknowledging that only Cynic can get away with robo-metal.

The question becomes, where does Sick fall in the grand scheme of things? It is clearly a significant stepping-stone for one man as he moves away from his role as frontboy of Attack Attack! (no, not that Attack! Attack!) and into the role of a mentor. In this context, one must laude Shomo for his fortitude and fluency. Beartooth’s maturity as compared to Attack Attack! cannot be overstated; Shomo has clearly come a long way as a human being, to be able to progress so much as a songwriter and performer. That said, we can safely bet that Sick will not be Shomo’s artistic apex. When he reaches that, though, it’ll be pretty special.

But yeah, Sick is heavy. Roar.

Beartooth, feat. Memphis May Fire, The Word Alive, A Skylit Drive and Hands Like Houses