Because Every Texas School Needs A Deep Fryer 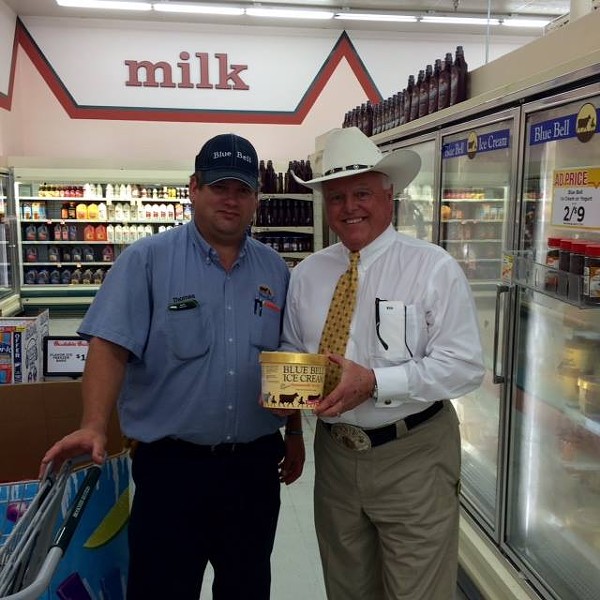 Fruitcake, cupcake, you name it. Texas Agriculture Commissioner Sid Miller has it all.

In spite of increased childhood obesity statewide, Miller is bringing cupcakes and junk food back for Texas public schools. To ice the cake, this measure is meant to prevent adolescent weight problems by bringing local control back to individual school districts.

A press release yesterday announced a five-point plan to address the problem, “giving schools in Texas the ability to adopt nutrition standards that fit their needs, including stricter guidelines if they chose.”

Miller defends his plan saying that throughout the past 10 years, without deep fryers, childhood obesity has still increased. He said in the press release.

“The definition of insanity is doing the same thing over and over again and expecting different results. We want to stop creating healthy trash cans. We must encourage kids to stop throwing away their meals because with them goes taxpayer dollars. Instead, we want all schools to employ best practices to create and serve healthy meals that kids actually want to eat.”

The “symbolic” measure allows schools to reinstate deep fryers and soda machines starting July 1. Miller’s first act as Commissioner, in January, granted amnesty to cupcakes, according to The Texas Tribune.

Former Commissioner, Susan Combs disputes the repeal of  the junk food ban, telling Associated Press, “I don't think there is any way he could have studied the issue or he never would have done this. I am actually baffled and sorry that Commissioner Miller did what was not good for kids. If you give children bad choices, they will make them.”