Behind The Visor: Not All Motorcycle Club Members Are Thugs 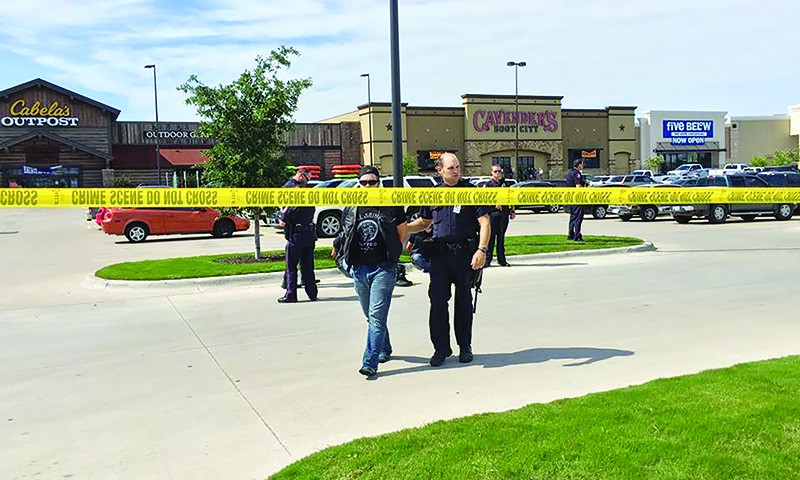 A massive clash in Waco a little more than a week ago between motorcycle clubs that left nine dead has resurrected that decades-old stereotypical image of scary tattooed bikers wreaking havoc.

But bikers from two national clubs with San Antonio chapters say those fears are unfounded.

"We just want to get on our bikes and ride and be left alone," Greg Browning, aka "Patrón ZZ," executive president of the Patrón Motorcycle Club, told the San Antonio Current.

"I can't tell you how many times brothers and other members are stopped in San Antonio by police who want to see your tattoos and profile you and give you a hard time," Browning noted.

After the Waco brawl, lawful motorcycle club members were left shaking their heads at the senseless violence while they're left to deal with misconceptions about their brethren.

"I've talked to quite a few guys about it in our club. All this needless horrific violence, it's because two clubs can't get along," said John Whitfield, spokesman for the Iron Order Motorcycle Club. "Secondly, it made me sick because the general public doesn't know the difference between a lawful and an unlawful club."

The two groups making headlines are the well-known Bandidos, which is classified as a gang by the Texas Department of Public Safety and the U.S. Department of Justice, and the Cossacks.

"We know they do exist and we do monitor them," Salazar said.

According to DPS, the Bandidos hold a strong presence in the Alamo City.

Caught up in the Waco violence is a former SAPD detective named Martin Lewis, who was arrested and accused of engaging in organized criminal activity. The accusations against Lewis are not clear.

Lewis co-founded the Patrón Motorcycle Club in 2005 in SA after retiring as a cop in 2004.

But about a year ago, Lewis left the group to join a red-and-gold support club, Browning said. Red and gold are the colors worn by Bandidos.

Lewis is no longer affiliated with the club, which is mostly comprised of veterans and active service members, Browning pointed out.

The same sense of service runs true in the Iron Order, which boasts 280 chapters in 46 states and Washington D.C.

That club is mostly made up of police officers, but also includes working professionals.

Whitfield, who is a trial lawyer, doesn't care much for outlaw riders such as those involved in the deadly Waco fiasco.

"They are bad guys. They are drug runners and criminals who don't mind killing," Whitfield said. "They don't have much care for life.