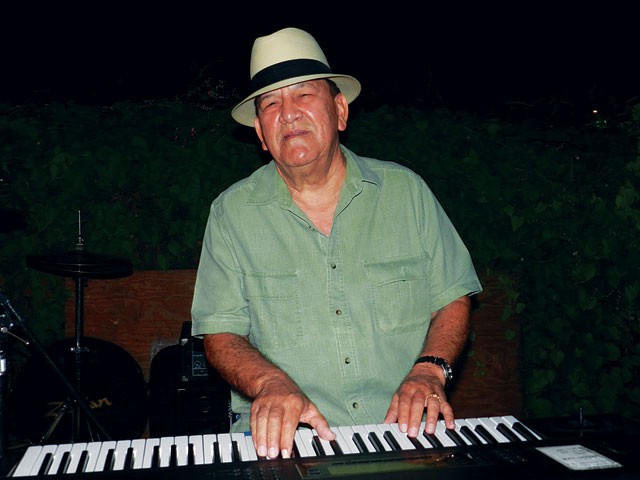 Last May, we previewed a show benefitting Danny Esquivel, guitarist for the West Side Horns and the OBG Band, who is experiencing some medical issues. Next in line for help is Esquivel's boss in the West Side Horns, the legendary Arturo "Sauce" González.

"I will need a kidney transplant very soon," González, 69, told the Current during Saluté's Sexto Sol concert on July 21. Besides the kidney issues, he's already had triple bypass and back surgery, his gall bladder was pulled out, he underwent carotid surgery on both sides of his neck, and suffered a broken ankle shortly after the heart surgery. "They wanted to cut my foot off, but an Indian doctor told me 'I'll save the foot, but you'll be in pain for the rest of your life.' He was right."

Help is on the way: friends and colleagues, including Rubén Ramos "El Gato Negro," Joe Jama, and many other illustrious names in old-school Texas music will perform at an August 5 Pueblo Hall benefit concert. It would be nice if some new faces also showed up and pay their respects to an influential figure in local music. Especially now that the West Side Horns have almost finished their second album, to be tentatively released before year's end.

"One of the reasons Sexto Sol is together today is people like Sauce González," Eddie Hernández, guitarist for Sexto Sol, sitting next to González, told the Current. "I used to come and watch him play at Saluté many years ago. Him, Joe Jama, Steve Jordan… I took all that in and his music inspired me to form Sexto Sol. So thank you, man."

"I want to thank you and all the fans who have been following me around for 30 or 40 years, here, there, and everywhere," said González. "Hopefully I'll be around for another three to four years."

Hernández smiles and put his hand on González's shoulder.