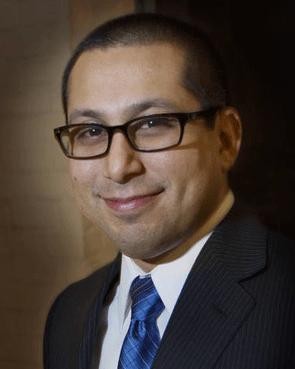 Downtown Councilman Diego Bernal doesn't pull punches explaining his thoughts on payday lenders. In a room teeming with lobbyists and supporters of the payday and title loan industry at council's governance committee meeting Wednesday he chided the industry's “just barely, not quite criminal practices.”

“A lot of folks in town are working class and these businesses prey upon their desperation,” he said, pushing his new proposal to rein in an industry that knowingly shoves people into an “abyss of poverty and debt.”

Milling around in the hallway after the meeting, he muttered, “Fuck those guys.”

Bernal says he's endured a steady stream of lobbying from the payday and auto title lending industry since officially announcing his plan to draft a city ordinance cracking down on the practice. In absence of any real state regulation, Bernal wants a local ordinance to cap payday loans at 20 percent of a borrower's gross monthly income. He suggests limiting title loans to either 3 percent of a borrower's gross annual income or 70 percent of the vehicle value, whichever's less. And under his proposal, loans would be limited to no more than four installments or three renewals, and proceeds from each renewal would go to reduce the loan's principal by 25 percent.

The governance committee told city legal staff draw up an ordinance and bring it back in August for consideration. That ordinance will almost certainly look like similar ordinances passed in other Texas cities – measures that have already provoked lawsuits from the payday lending industry. “It's not my intention to reinvent the wheel,” said City Attorney Michael Bernard, who insists the city has legal grounds to pass such a measure.

At council's governance committee meeting Bernal said he's reviewed over 100 loan contracts since starting his effort, and that none fell below a 230 percent interest rate. “I have one here that's 616 percent,” he said.

After the meeting, Tim Von Kennell, executive director of the industry group Consumer Service Alliance of Texas, or CSAT, said he hopes the industry can avoid a legal battle with the city.

“We look forward to working with the city on making the ordinance a workable document,” he said. Seconds later he offered this: “We don't think cities in Texas have the authority to regulate the industry. Our preference is statewide legislation.” It's preference they're willing to fight for in court, seeing as CSAT has already sued both Dallas and Austin after those cities passed similar measures tightening payday lending practices.

There's a reason Bernal's left to pass regulation at the city level. Payday cash rained down on the Texas capital last time legislators attempted to pass reforms that would have regulated the industry.

A report by Texans for Public Justice last year detailed how far the industry's willing to go to defend its fantastic returns. Payday lenders spent at least $3.9 million (and possibly even much as much as $8.4 million) lobbying Texas lawmakers before the last legislative session. In the two-year 2010 election cycle, the industry dished out nearly $1.4 million to Texas politicos, 76 percent of it to GOP members and 24 percent to Democrats. And guess who topped TPJ's list of politicians with the “biggest predatory paydays”? The big four: Speaker of the House Joe Straus ($142,632), Gov. Rick Perry ($121,460), Lt. Gov. David Dewhurst ($109,000), and Attorney General Greg Abbott ($52,500). The GOP chairs of committees overseeing the industry were the next highest recipients of payday cash. Perry in 2009 even went on to appoint ex-Cash America executive William J. White as chair of the Texas Finance Commission.

Outside the committee meeting yesterday, a small group of consumer advocacy and religious organizations cheered Bernal's efforts. Brett Merfish, a staff attorney with the advocacy group Texas Appleseed, detailed stories of cash-strapped families caught in a cycle of debt, left to pay thousands in interest after taking out small loans. “These companies earn a livelihood on other people being trapped in debt,” she said. “The majority of these loans go to help people pay medical bills, doctor bills.”

It's yet to be seen how the courts decide on CSAT's challenges to city regs clamping down on payday lending. But the industry clearly can't count on public opinion swinging its way. In a poll out today commissioned by Texas Appleseed and a statewide coalition of other consumer advocacy groups, 85 percent of respondents said interest rates on short-term loans should be capped at 36 percent. When respondents were asked what words or phrases came to mind when they thought of short-term loans, the top results were “high interest,” “rip off,” “expensive,” and “scam.”

“We think we've got a legitimate niche in the marketplace to help working class families,” countered CSAT's Von Kennel. “Many people use this product successfully, but that message is hard to get out.”