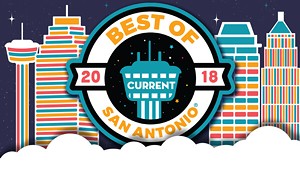 After a second-place finish last year, San Antonio comic-book shop Dragon's Lair has finally saved the princess. Founded in 1986 in Austin by CEO David Wheeler, the franchise has since branched out to three other locations in Texas, the most recent being the store in Alamo Ranch (the second San Antonio outpost) earlier this year. Along with an assortment of comics, Dragon's Lair sells games (board, card, roleplaying and miniature), graphic novels, toys, collectibles and other pop culture merchandise. The store also holds a host of events throughout the month, including Dungeons & Dragons and Pokémon open play, gaming tournaments, science shows, arts and crafts workshops (i.e. wand making), visits from special guests, cosplayers and more. Whether you consider yourself an all-out nerd who can recite full episodes of Battlestar Galactica or just someone who likes superhero movies, Dragon's Lair will likely have something you'll want to buy and keep in its box forever.