Beto Apologizes for 'Demeaning Comments About Women' in College Newspaper 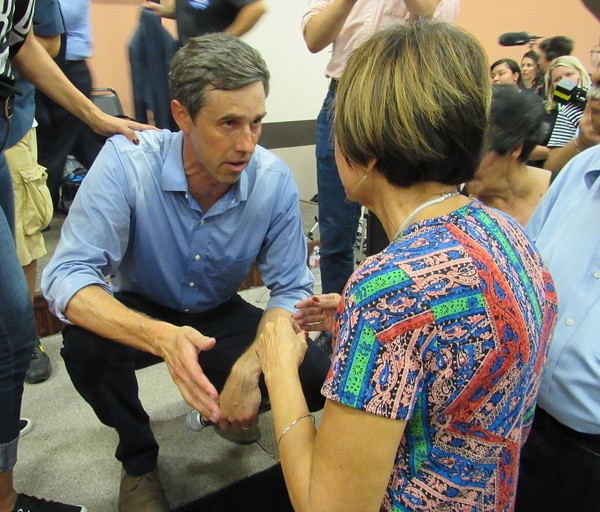 Senate candidate Beto O’Rourke has apologized for an almost 30-year-old review of play he wrote as a Columbia University student in which he said the actresses' "only qualifications seem to be their phenomenally large breasts and tight buttocks.”

“I am ashamed of what I wrote and I apologize,” O'Rourke, a Democratic congressman from El Paso, said in a statement to Politico, which broke the story. “There is no excuse for making disrespectful and demeaning comments about women.”

O’Rourke’s four-paragraph review of “The Will Rogers Follies,” a Broadway musical about the famed American humorist, was published in the student newspaper, Columbia Daily Spectator, in 1991. At the time, O'Rourke was 19.

Politico said it was "flagged" to the review by a person opposing O'Rourke's campaign to unseat incumbent Republican Sen. Ted Cruz. The Cruz campaign has tried weaponize O'Rourke's past, including a decades-old DUI and the fact that he once played in a punk band. But so far, it's appeared to have little impact.

O'Rourke's play review seems to take aim more at the failures of the show, which featured "scantily clad men and women" and "boring, pointless song-and-dance numbers." Even so, the remark surfaces as women voters' angry reaction against the Trump Administration have become key to the "blue wave" Democrats hope to unleash in November.