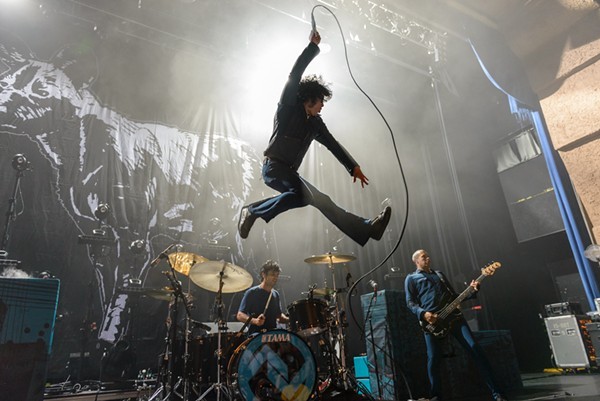 Presidential hopeful Beto O’Rourke has brought the likes of Willie Nelson, Margo Price and Spoon along to play his rallies, and he doesn’t shy away from talking about how he enjoys counterculture stuff like punk rock music and skateboarding.

And O’Rourke even played in a band with Cedric Bixler-Zavala, who would eventually front post-hardcore gods At The Drive In and psych-rock weirdos Mars Volta.

Now, according to Metal Injection, O’Rourke said at a recent campaign stop that “it would be an honor to have the Mars Volta play anything along the campaign or in this presidency.”

The only thing is this would require the Mars Volta to reunite. But with At the Drive In recently rejoining forces, maybe anything is possible. Also, Omar Rodriguez Lopez expressed an interest in a Mars Volta reunion in a 2016 Rolling Stone article, so there might yet be hope.

Especially if it involves rallying against our current dictator, I mean, president.