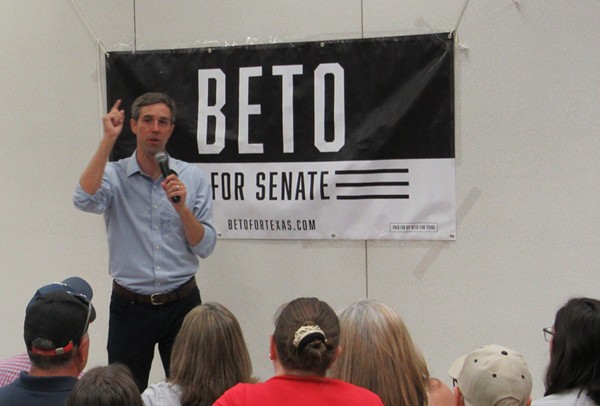 The poll, conducted Aug. 22-25, gave Cruz 38 percent of the vote and O'Rourke 37 percent, while another 21 percent of respondents were undecided. It had a margin of error of plus or minus 4.4 percent.

Recent polls have put Cruz a few points ahead of O'Rourke in the highly visible U.S. Senate race. A victory by the El Paso upstart would be a major upset since Democrats haven't won a statewide election in Texas since 1994.

According to the Emerson poll, Cruz's biggest challenge is in seizing a second senate term is swaying independent voters. He had a 57 percent unfavorable rating with the group and only 25 percent found him favorable.