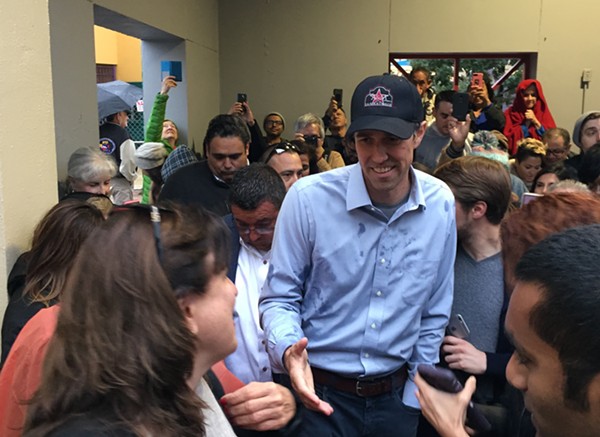 Anybody needing a further sign Beto O'Rourke's got his eye on a presidential run, here it is — he's going to Iowa.

The former El Paso congressman (and owner of an apparently unlimited supply of blue dress shirts) will visit the early voting state this weekend to stump for Eric Giddens, the Democrat vying for an Iowa Senate.

Giddens tweeted a video from O'Rourke reminding University of Northern Iowa students to cast their ballots in Giddens' special election. Wednesday, it turns out, is the final day for early campus voting.

Voting on @northerniowa’s campus is Tuesday and Wednesday at Maucker Union from 10am - 7pm. We need your help to keep this seat blue and get Iowa back on track.

Our campaign and @BetoORourke look forward to getting out the #PantherVote and seeing you on Saturday! pic.twitter.com/I9M2NtY42c

The trip to the Hawkeye State would be O'Rourke's first as a candidate — and spending time there is a necessity for anyone mounting a serious presidential run. Also, remember that people close to O'Rourke recently signaled that he's not interested in duking it out with John Cornyn in another senate run.

While O'Rourke put in a lot of miles chasing the Texas senate seat he narrowly lost to Ted Cruz, he never appeared in any of the traditional early voting states, according to the Texas Tribune. Until now.

Can an official announcement be far off?