Soon-to-be former sheriff's deputy Erick Montez is accused of forcing a woman to have sex with him on December 27 in the jail parking lot in a transport van. 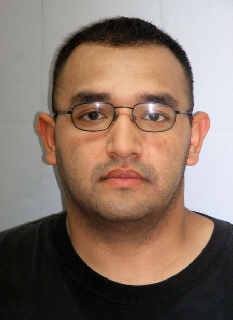 The Bexar County Sheriff's Office announced yesterday that it was firing Montez after receiving a January 2 outcry from an inmate who accused Montez of the rape.

Officials said video surveillance footage appears to support the inmate's allegation, and Montez allegedly confessed to the crime when investigators questioned him.

“We have a responsibility to protect an estimated 4,000 inmates who are housed in the Bexar County Adult Detention Center,” Pamerleau said on Facebook. “What Montez is accused of doing is a disgrace. He didn’t just violate this woman, he violated the public’s trust and the badge that hundreds of our deputies wear with pride every day. We will not tolerate this sort of behavior.”

Montez is charged with two felonies, sexual assault and of violating the civil rights of an inmate.

The Sheriff's Department said Montez was hired in November 2008, and is on administrative leave while authorities begin the termination process.