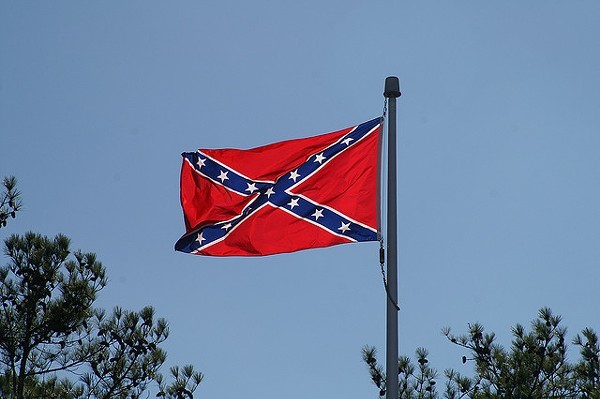 The Confederate symbols which were once on Bexar County property may have a new home after tomorrow.

The Bexar County Commissioner's Court voted to remove the symbols from county property on July 21. Now, they'll be housed at the Institute of Texan Cultures according to the San Antonio Express-News, pending approval by the court tomorrow.

The markers were taken down during a nationwide backlash against the Confederate battle flag and other symbols of the Confederacy this summer after Dylann Roof, 21, shot and killed nine black people in a church in Charleston, South Carolina. Images of Roof posing with the Confederate flag emerged after the shooting.

The items include markers of the Jefferson Davis Memorial Highway and of the Vance House, where Confederate General Robert E. Lee stayed. If the Commissioner's Court approves the donation, Bexar County's items with Confederate imagery will be available for research and observation at the Institute of Texan Cultures.

The fate of other Confederate monuments in the area is still undecided. Some activists and city leaders suggested removing or changing the display around the Confederate monument in Travis Park, which is owned by the City of San Antonio. Councilman Roberto Treviño proposed placing plaques of civil rights leaders around the monument. He and Councilman Alan Warrick were planning and building support for the proposal, with plans to bring the idea before the whole City Council later this year.