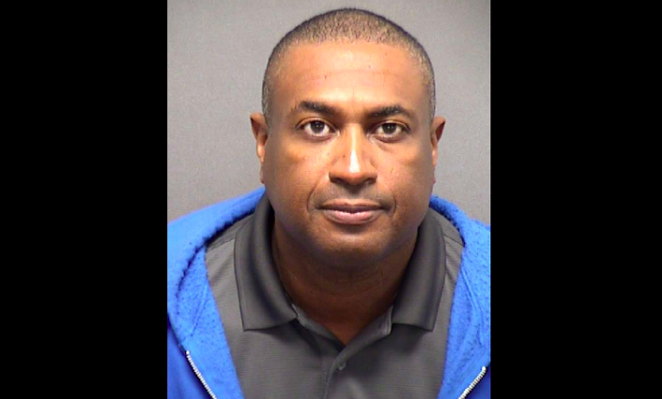 A deputy with the Bexar County Sheriff's Office has been arrested after at least six women accused him of unlawful strip searches.

Sheriff Javier Salazar, with support of the Federal Bureau of Investigation, held a press conference Sunday to detail allegation against 49-year-old Floyd Berry Jr. KSAT obtained an arrest affidavit for Berry, which included detailed allegations from three women who said the deputy made them remove their clothing to Berry's "sexual satisfaction" during a strip search.

During the press conference, Salazar said at least five women between the ages of 26 and 52 have come forward with complaints against Berry. The department's investigation into Berry began after a woman called BCSO's internal affair unit on December 3 to file a complaint.

The woman said Berry conducted a traffic stop on her and a male friend at a Shell gas station on December 1. She alleged that Berry took her to the back of his patrol car in a secluded area, where he told her to take off her clothes so he could search her. The woman complied, at which point Berry took her back to a more public area at the gas station, she said.

The next day, another woman made a similar complaint against Berry.

This second woman said she was pulled over when riding in a vehicle with her husband. During the traffic stop, Berry isolated the woman from her husband and "instructed her to lift her bra and shake," according to a KSAT report.

The woman told said Berry forced her to repeat this until her nipples were "completely exposed."

A third woman's allegations detailed in the affidavit reveals that the woman could visibly see that Berry was sexually aroused after he instructed her to expose herself during a supposed search. The third woman also said that Berry made "flirtatious comments" throughout the encounter.

Berry reportedly did not note any of the searches in his incident reports.

"[It] absolutely is disgusting. There's no other way to put it. The fact that it's quite obvious that he chose to prey upon these women," Salazar said.

The deputy has since been charged with three counts of official oppression and given a bail of $45,000. The Express-News reports that Berry, who has been with the Sheriff's Office for 18 years, has been issued a proposed termination.

Salazar said there may be other victims that have not yet come forward. He encouraged those with additional information to call (210) 335-5110.