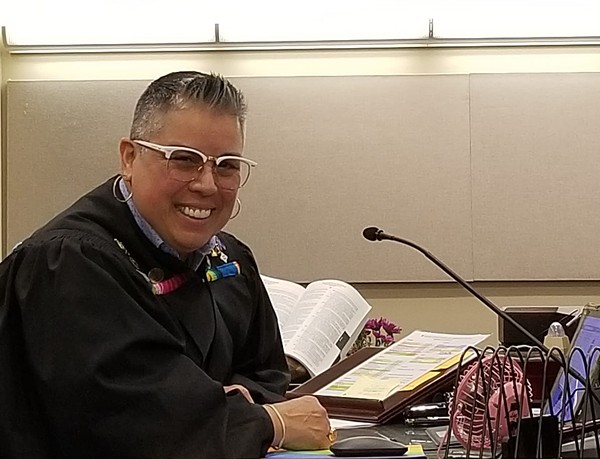 During a Saturday news conference, Gonzalez said she aims to curb the city's alarming family violence problem by intervening when people enter the criminal justice system charged with drug crimes and domestic violence.

The Texas Legislature approved a pilot program for a hybrid domestic violence and drug court in Bexar County during the last session, according to TPR. However, the state didn't allocate any funding.

“The governor signed our bill into law, but the message was clear: it’s a local problem, get some local funding,” said Gonzalez, who added that she's casting a wide net for funding and support.

So far, the judge has at least one prominent city ally for the project. Councilwoman Jada Andrews-Sullivan, herself a survivor of domestic violence, said she will begin campaigning for the city to assist.

Last year, 25 San Antonians died in domestic violence incidents, the highest number on recent record. That total is three victims more than in 2017 and roughly triple the 2015 rate.