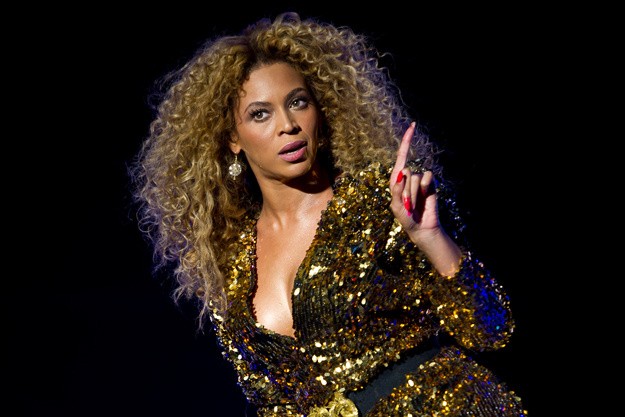 Beyoncé came to slay. And a company here in San Antonio is starting to feel her wrath.

According to multiple reports, the “Formation” singer and multi-Grammy Award-winning performer filed a lawsuit this week in Manhattan against Feyoncé, Inc., a San Antonio-based online clothing store, for selling merchandise on their website that infringes on Beyoncé’s trademarked name.

Along with T-shirts, hoodies, tank tops and sweat shirts bearing the company’s moniker, Feyoncé Inc. also sells coffee mugs with the phrases “He put a ring on it,” “Does this ring make me look engaged?” and “Feyoncé” with the letter O replaced with an image of an engagement ring.

“He put a ring on it,” of course, is a reference to Beyoncé’s hit song “Single Ladies (Put a Ring on It)” from her 2008 album I Am…Sasha Fierce.

"Typically, if an owner feels their trademark is likely to be confusing with the other brand, they would have a case,” said San Antonio lawyer Stephen Aguilar of MWR Legal. “If she can prove her brand is famous enough, she would certainly have grounds [to sue].”

Reuters is reporting one of the defendants, Andre Maurice, has filed two U.S. trademark applications for “Feyonce,” one with an accent over the “e” and one without.

Attempts by the Current to contact Feyoncé Inc. have been unsuccessful.

In 2012, Beyoncé and husband Jay-Z failed to trademark their daughter’s name, Blue Ivy, since it was already the name of a Boston-based wedding planner’s company. In 2013, the couple reapplied for a trademark for “Blue Ivy Carter,” which is still pending.

Guess we’d better jump on our idea for an Ice JJ Fish and Chips Food Truck before it’s too late.

Current Events Beyonce Feyonce Inc. trademark He put a ring on it lawsuit