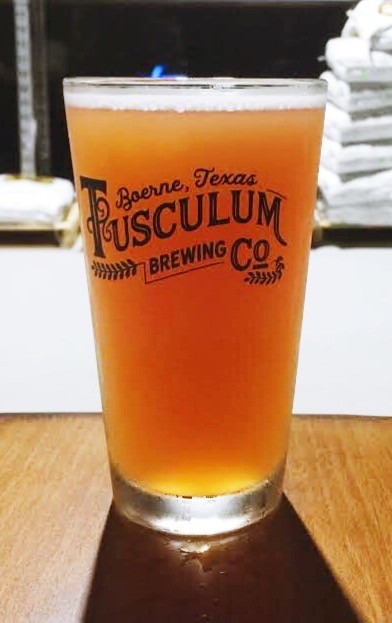 There’s an embarrassment of riches available to Alamo City brew hounds these days.

Crisp, quality lagers abound, as do lupulin-loaded IPAs. While we love those conventional styles, why stop there? Style-sleuthing beer enthusiasts need look no further than Lone Star State breweries to explore some lesser-known brews worthy of including in this year’s cervecerous celebrations.

Let’s run down a few, shall we?

The “wee heavy” designation signals that a scotch ale tops 6% alcohol by volume, or ABV. Ranger Creek’s version nearly doubles that, and with bold barrel notes on the nose, we expected a mule kick of booze. But this wee heavy is a wily one. There’s some alcohol up front, yes, but the dominant quality is sweet and smooth, with black currants, caramelized sugar, and a wisp of peat.

Jester King Snorkel Farmhouse Ale Brewed with Oyster Mushrooms and Sea Salt
Austin’s Jester King produces world-class iterations of the farmhouse ale tradition, drawing on the land itself to supply beers with an irreplaceable sense of terroir. We shared a bottle of Snorkel around the table during our last feast at The Monterey, and we’ve sought it ever since.
Looking for all the world like a tall glass of Central Market lemonade, Snorkel drinks like a sheath of blonde silk. The smoked sea salt is there up front, riding side-saddle with gentle tartness from Jester King’s indigenous bacteria. If the thought of fungus-kissed beer makes you uneasy, fear not: the oyster mushrooms make themselves known only through the light electrification of the umami region of your tongue.

Live Oak Brewing Grodziskie
Grodziskie (pronounced “GRODZ-is-key”) is something of a zombie recipe. It’s native to the Polish city of Grodzisk, first brewed there in the 11th Century and last brewed there in the early 1990s. Lucky for us, Austin-based Live Oak Brewing resurrected the style in 2018. Given the state-wide passion for pit barbecue, it’s only appropriate that Texas would bring these smoke-flavored suds back to life.

Grodziskie is a wheat beer, low in alcohol (3% ABV) but high in flavor, owing most overtly to the oak smoke treatment given to the wheat before brewing. Live Oak spikes assertively with Saaz hops and brews with both German and Polish yeasts. It’s a classic Old World style with an unorthodox, satisfying twist.

Kunstler Brewing Kleiner Geist Grisette
A Southern Belgian cousin to the saison, the grisette was first brewed to whet the whistle of men working in the mines. Belgium being Belgium, the grisette packs plenty of flavor into this utilitarian task, made hefty by malted wheat in the grain bill and made tasty by the slightly funky, mildly tart properties of farmhouse fermentation techniques.

San Antonio brewpub Kunstler Brewing’s Kleiner Geist is an exemplar of the style readily available in our own backyard. True to style, it’s easy on the alcohol, just 3.9% ABV and quick to refresh — especially crucial as this South Texas summer drags on. It’s certainly a friendly little ghost.

Tusculum Brewing Company Blackberry Bam Ba Lam Berliner Weisse
Native to Germany’s capital city, the Berliner Weisse is a Teutonic cousin to the sour wheat beers over in Belgium, although the tartness in this style comes from kettle souring, not free-floating yeasts. The Berliners also liked to cut the beer with flavored fruit syrups, which has translated in the States to pitching fruits into the mash from the outset.

We’ve had bad luck with past Berliners, mostly due to the inexplicable sensation of getting Scotch tape stuck to the roof of our mouths. Boerne’s Tusculum Brewing Company side-stepped the scotch tape thing in favor of an effervescent, flavorful pint, equal measures of fructose sweet and lactic sour. And, at 4% ABV, we could sip on these all evening.

Real Ale Blakkr Imperial Black Ale
As we’ve noted in these pages before, San Antonio is uniquely suited by both environment and inclination to the heavy stuff. No surprise then that stouts and porters feature prominently on beer boards and in fridges all around us. But there’s more than one shade of darkness. We’re particularly partial to black ales, and right now there are none more black than Real Ale’s Blakkr.

This beast began existence in 2014, although it’s trimmed some ABV since then — down to a mere 9% — but kept its piney hop snarl and dark-fruit-and-black-licorice body. The hails-inducing heavy metal label art only enhances the heaviness.