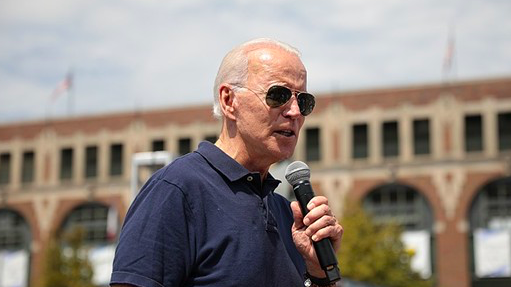 Democratic presidential nominee Joe Biden’s campaign is set to spend millions of dollars on TV ads in Texas as polls continue to show a close race in the state.

The former vice president’s campaign announced earlier this year that it would make TV reservations this fall in Texas, and as of Tuesday, it had booked more than $6 million through Election Day, according to the media-tracking firm Advertising Analytics.

“This is historic. That shows you just how important Texas is to them and it shows that Texas is in play,” said Abhi Rahman, a spokesperson for the Texas Democratic Party. “It shows you their investment in Texas is real.” Rahman noted that Biden’s spending is the biggest investment from a Democratic presidential nominee in the last 25 years and is a drastic change from 2016, when then-nominee Hillary Clinton didn’t spend seriously in the state.

Although Biden and Democratic vice presidential candidate Kamala Harris have yet to visit Texas in the run-up to Election Day, Democrats have called for the duo to invest heavily in Texas. In a recent op-ed in the Washington Post, former U.S. Rep. Beto O’Rourke, who endorsed Biden after dropping his own presidential bid, and Tory Gavito, the president and co-founder of the progressive donor network Way to Win, urged the Biden campaign to steer serious money to the state to ensure President Donald Trump doesn’t win a second term.

“Biden, his campaign and Democrats in general need to make it clear: We are competing in Texas, and we’ll invest whatever it takes to turn out the state’s true electoral majority and flip Texas once and for all,” they wrote. “Democrats have historically failed to invest in Texas, despite the size of this prize, because they believed the door is closed to Democratic presidential candidates. But, like many things in 2020, this year is different — Biden has his foot in the door and needs to kick it open for a quick end to the election.”

Biden expanded his on-the-ground presence in Texas in September, hiring 13 more staff members — after an initial hiring announcement in early August — to his team as polls continue to pit a close race between him and Trump.

On Monday, Biden’s team deployed Douglas Emhoff, a lawyer who is married to Harris, to Edinburg and San Antonio. He will visit Dallas on Tuesday afternoon, Biden’s campaign announced Tuesday morning.

News of the campaign’s spending through Election Day comes as The Lincoln Project, the group led by former Republican strategists working to defeat Trump, launched a $1 million digital ad campaign in the state. A spokesperson says the group is targeting over 600,000 “suburban and rural Republican women” and tailoring the campaign to Hispanic voters.

The Lincoln Project’s effort will feature a number of ads, including previously released spots criticizing Trump’s handling of the coronavirus pandemic and his responses to racism and extremism throughout the country. There will be Texas-specific ads, as well as Spanish-language spots, according to the spokesperson, Nate Nesbitt.

As speculation has swirled about the extent of Biden’s investment in the state, the Texas Democratic Party has been ramping up its advertising. On Tuesday, the party announced a digital, print and radio campaign aimed at Black voters in Dallas, Fort Worth, Houston and East Texas. The party described the size of the effort as “high six figure(s).”

Trump won Texas by 9 points in 2016, but recent statewide polls have painted a rosier picture for Biden in the state as surveys continue to show Trump essentially tied with, or barely ahead of, the former vice president.

Still, Trump’s campaign has long dismissed the notion that the state is in play. Lt. Gov. Dan Patrick, who chairs Trump's reelection effort in Texas, led a bus tour through the state last month, and Texas GOP Chair Allen West expressed hope that the president would visit North Texas before Election Day.

Patrick Svitek contributed to this report.