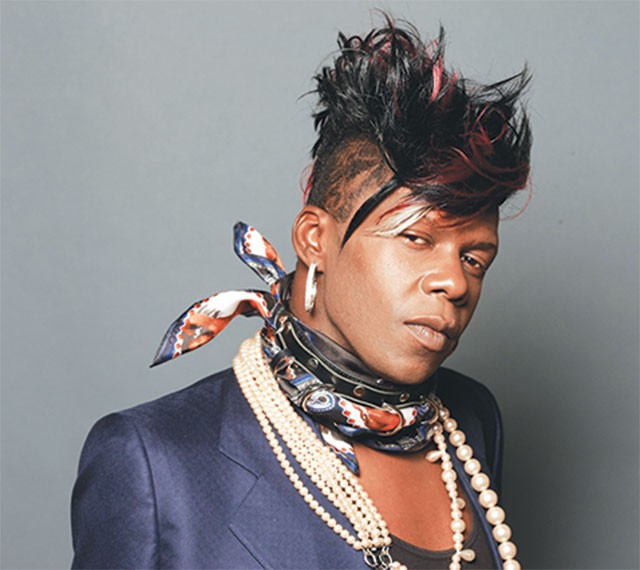 It’s been a huge year for Big Freedia, and she’ll start wrapping it up here on December 28. The verified Queen of Bounce continued her quest to introduce the entire world to the beat-driven, rapid-fire hip-hop style she’s been dedicated to for most of her professional life.

While Freedia, born Freddie Ross in New Orleans, started making a dent in mainstream culture back in 2009 for her* outrageous performances and unforgettable song “Azz Everywhere,” in 2013 the dance styles she dominates, namely twerking, hit the big time. In fact, the No. 1 “What is” Google search question this year was, “What is twerking.” Here’s the four-word answer: Shaking lots of ass.

Aside from the infamous Miley Cyrus performance on MTV’s Video Music Awards show, you may have seen the following twerking on your television set this year: Rihanna, the cast of Glee, Duck Dynasty’s Willie Roberts, Victoria’s Secret models and even Morgan Freeman, who sadly didn’t twerk, but read the definition aloud in celebration of the word’s inclusion in the Oxford English Dictionary.

While you may have noticed 90 percent of the names above belong to white folks, Big Freedia was there, too, and burst out of the background at exactly the right moment. After dismissing Cyrus’ VMA efforts, Freedia successfully claimed the Guinness World Record for assembling the most people twerking simultaneously (358 ass-shaking dancers ages 8 to 80 in New York City’s Herald Square) and launched a reality show on Fuse TV titled Queen of Bounce, doggedly reminding people exactly where this dance and its musical culture originated. It’s been one of the more focused efforts to reclaim a narrative that I’ve ever seen, and as Freedia tells it, her work is far from over.

“It’s just time for the world to see where it comes from,” says Big Freedia from her home in New Orleans, where she intermittently excused herself from the conversation to mind her dogs, Rita (a poodle) and Sensation (a Miniature Schnauzer). “I just want to teach people of it and make them aware of what we’ve been doing for so long here in New Orleans and how we represent and how we dance and how we shake,” she continues.

And Big Freedia has been doing this for a long time, more than 13 years, starting out as a back-up singer for friend and fellow bounce artist Katey Red (who, like Freedia, is a gender-bending performer). It’s hard to imagine Freedia, who commands fans dancing onstage like a football coach, as a shy choir boy, but that’s initially what Ross was like. In fact, he used to get so nervous he vomited before every show.

“When I decided this was going to be my career, I had to tell myself and keep drilling in my head, ‘You cannot keep on doing this, you will not make it if this is a part of your career. You cannot keep throwing up before every show,’” she said. Eventually, the mind-set training worked. Now, when she gets on stage, “I feel like I own the place … I’m very happy and comfortable with what I do.”

Her commanding performances made their way into a 2010 article in The New York Times Magazine primarily focused on Big Freedia and Katey Red and a dance the author prudishly called “p-popping” (that extra p is short for ‘pussy,’ FYI). From there, Freedia scored crossover gigs opening for the Postal Service and Matt and Kim and a breakout spot in 2011’s South by Southwest music festival.

The road to world bounce domination hasn’t always been easy. Freedia recalled one particularly awful show in Connecticut full of “young, rich white boys and girls.” She said, “We had a very rough time with that crowd. They were pitching shit and it was the first time that I went through something like that.” Even on the phone she sounds mystified. “The girls were screaming for me and the boys were booing me.”

She also had a run-in with fellow New Orleans bounce artist Mr. Ghetto that verged on homophobia, though the relentlessly positive Freedia insists both the Connecticut crowd and Mr. Ghetto are outliers in an otherwise hostility-free career. “A lot of the rappers and the hip-hop artists, they respect me and they love me,” said Freedia. “We may not get down all the time and hang with the same crowd but we respect each other and respect each others’ craft. Mr. Ghetto, he’s another situation.”

Likewise, she typically doesn’t mind when flat-assed white hipster dudes get onstage to ape the movements of her very talented, booty-licious Diva dancers. “When I see a really nerdy white guy up on stage, it really makes me proud,” she said. “A Big Freedia party is for all walks of life.”

What are the Queen Diva’s New Year’s resolutions? She’ll be dropping new music (her last album came out in 2011), more collaborations and hopefully, season 2 of Queen of Bounce. “Just be looking for all the Freedia projects,” she told me. “I’m on the street, you’ll find me somewhere.”