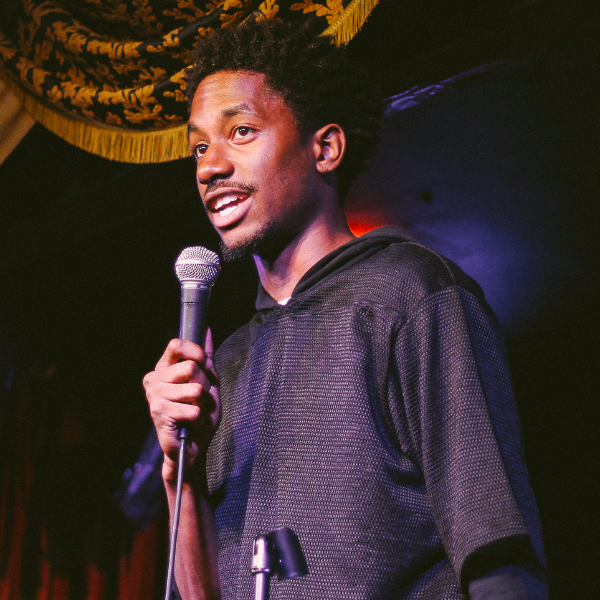 At this point probably best known for his voice-over work — as good-natured D-Leaguer Denver Levins in NBA2K17’s career mode or as DeVon on Netflix’s animated series Big Mouth, for which he also works as a staff writer — stand-up Jak Knight was named a New Face at 2015’s Just for Laughs.

While many comics are already in their mid-30s with more than a decade in the industry by the time they’re named a “New Face” at the Montreal comedy festival, Knight seems much less far removed from the pubescent school kids on Big Mouth, but you can tell his new face will most likely one day be an old famous face in comedy by the way he reacts when he isn’t doing well on stage.

That’s not to say Knight, whose good-natured riffs on our shared reality (sex, politics, police brutality, etc.) take a circuitous, almost-spontaneous-seeming route to the heart of the matter, doesn’t land killer punchlines, but that he’s unafraid to take a less-traveled, sometimes even highly warned-against road to get there. And when the audience begins to pull back is exactly when he leans in and grins. Get used to him, and enjoy the ride.