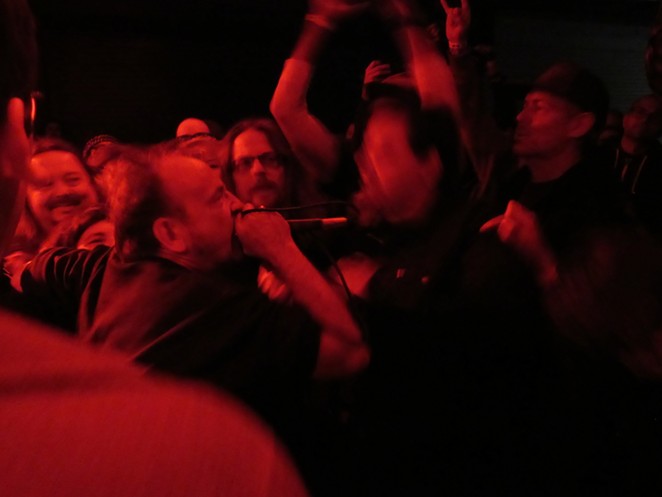 Federal lawmakers have thrown a lifeline to the nation's small and mid-sized live music venues, many teetering on the brink of closure due to the pandemic.

The Save Our Stages Act, introduced by Sens. John Cornyn, R-Texas, and Amy Klobuchar, D-Minnesota, would offer $10 billion in Small Business Administration grants to help venues to pay their bills during the shutdown.

Clubs, theaters and bars would be able to access funds equal to 45% of their 2019 operating costs or $12 million, whichever is lesser, and use the money to cover rent, salaries and other expenses. Corporate chains would be ineligible for the funds.

"This is the difference between extinction and survival for this industry," said Blayne Tucker, a San Antonio club owner involved in lobbying for the bill. "This is what we've been working for."

A companion bill is likely to follow in the U.S. House in the next few days, said Tucker, who's involved in venues including Floore’s Country Store, 502 Bar, The Mix and Limelight.

“The culture around Texas dance halls and live music has shaped generations, and this legislation would give them the resources to reopen their doors and continue educating and inspiring Texans beyond the coronavirus pandemic,” Cornyn said in a statement.

A separate small-business relief proposal known as the Restart Act would also help venues weather the prolonged closure, Tucker said. He's hopeful both can pass before the August 4 recess.

Highlighting the urgency are recent sales and closures of high-profile venues and a University of Houston study that estimates nearly two-thirds of Austin's live-music spots would be shuttered by October 31 without financial help.

The fight for a relief package kicked off this spring with the formation of the National Independent Venue Association, which peppered members of congress with more than a million emails, building bipartisan support. In a survey, 90% of NIVA's members warned that they'd be forced to close if the shutdown lasted more than six months.

Tucker said he's cautiously optimistic about the progress he's seen in Washington once club owners, promoters and music fans banded together to communicate the urgent need for relief.

"It's progress," he said. "Until it becomes a law, it's just a great idea, but I'm going to keep after it."