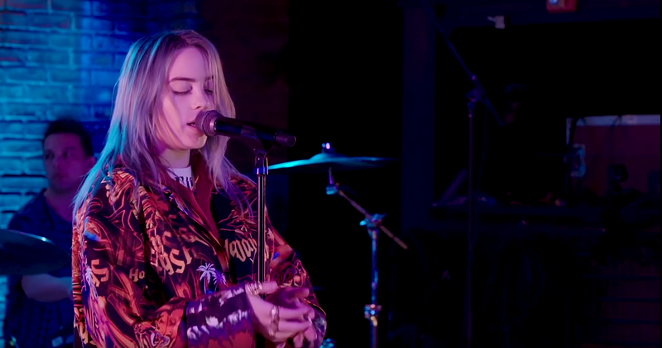 Count Billie Eilish among those enraged over Texas' near-complete ban on abortions.

During her Saturday night set at the Austin City Limits Festival, the Grammy-winning superstar said she nearly dropped from the lineup of the massive festival over the state's restrictive news law.

“When they made that shit a law, I almost didn’t want to do the show," Eilish, 19, said between performances, according to Austin TV station KXAN. "Because I wanted to punish this fucking place for allowing that to happen here.”

Eilish said Saturday that she opted not to withdraw from the festival because she didn't want to hurt her fans, Yahoo! News reports.

Eilish's comments came the same day as protesters took to the streets in 600 U.S. cities, including San Antonio, Austin, Dallas and Houston to protest for abortion rights.