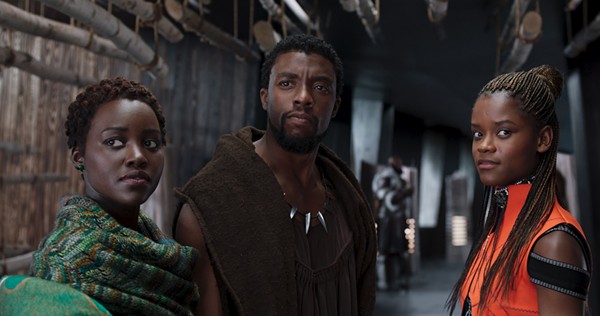 It might be futile these days to complain about how many superhero movies and TV shows are released annually, but let’s not pretend that even the most devoted fans of the genre wouldn’t say there are plenty of examples of projects over the last 20 years they didn’t even want. From the pointless reboot of the Fantastic Four to an unwatchable Ghost Rider sequel to whatever the hell R.I.P.D. and Jonah Hex were supposed to be, even a comic-book geek with the most indiscriminate taste has limits.

While it’s easy to make a list of superhero movies no one really asked for, rarely do we see ones that we actually need. (Note: “Need” in a sense that, if good, the making of said film would have a meaningful impact on Hollywood as a whole, not “need” as in, “Deadpool was such a badass movie, I fucking need Deadpool 2 now!”). Audiences got a sense of what an essential superhero movie looks like last year with DC’s Wonder Woman, the first stand-alone, female-led superhero movie since 2005’s far from electrifying Elektra, and the first superhero movie from a major studio made by a female director (Patty Jenkins).

This year, the same type of culturally groundbreaking feat can also be linked to Black Panther, the first major comic-book movie with a black lead since Catwoman (hiss!), and the first directed by an African American filmmaker from a comic-book series adaptation (Meteor Man). In short, Hollywood needs more minority representation in front of and behind the camera, and Black Panther is helping to fill that void. It shouldn’t, however, get an automatic pass from audiences just because it exists.

Luckily, the film, directed by rising star Ryan Coogler (Fruitvale Station, Creed), more or less lives up to the record breaking ultra-hype, but doesn’t get too far away narratively from the ever-expanding Marvel Cinematic Universe. Still, Black Panther is a substantial entry into that world and one that will hopefully open the eyes of other studio heads who are hesitant about straying away from the status quo in any genre.

Set mostly in the fictional African nation of Wakanda, new king T’Challa, AKA Black Panther (Chadwick Boseman), has taken his rightful place on the throne after his father’s passing. Although the world views Wakanda as a third-world country, outsiders are not aware that a super metal known as vibranium (much cooler than Avatar’s unobtanium but maybe not as indestructible as Wolverine’s adamantium claws), has made Wakanda one of the most powerful places on the planet.

Dead set on getting their hands on that power are deranged arms dealer Ulysses Klaue (Andy Serkis) and T’Challa’s revenge-seeking cousin Erik Killmonger (Michael B. Jordan), who was abandoned on earth as a child by his uncle, T’Challa’s father. Seeking to take the Wakandan throne from his cousin, Jordan’s Killmonger is a villain with a lot more emotional baggage than most Marvel bad guys.

That deep-seated sentiment doesn’t get as dark and glorious as last year’s Wolverine finale, Oscar-nominated Logan, but the evocative mythology behind Black Panther gives this corner of the Marvel superhero franchise a dramatic familial dynamic that feels unforced.

Black Panther is less about an individual superhero and more about what a community can do together when they are threatened. Supporting actors, including Oscar winners Lupita Nyong’o (12 Years a Slave) and Forrest Whitaker (The Last King of Scotland), Oscar nominees Angela Bassett (What’s Love Got to Do with It) and Daniel Kayuula (Get Out), heavy-hitters Danai Gurira (TV’s The Walking Dead) and Sterling K. Brown (TV’s This is Us), and scene-stealing Letitia Wright (Steven Spielberg’s upcoming Ready Player One), round out the film’s impressive lineup.

Hear that Hollywood? Audiences are speaking up and the buzz Black Panther has generated sounds more like a roar. With a talented, majority black cast, a director with a distinctive voice and several technical triumphs, including some incredible costume design by two-time Oscar nominee Ruth Carter (Amistad, Malcolm X), Black Panther is a superhero highpoint for the history books.