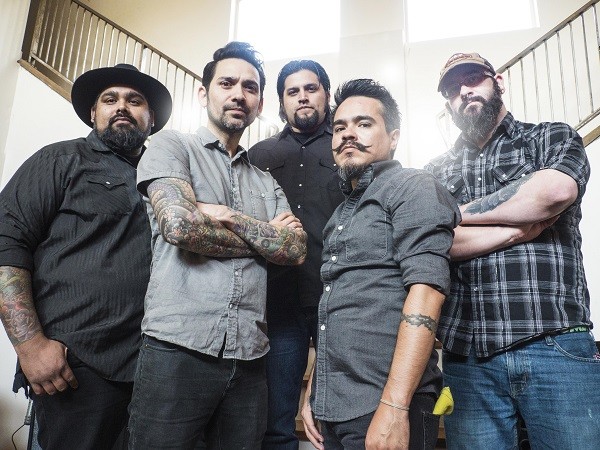 Kicking off last May, TwoTen Empire, the show series brought to you by Freetail Brewing and the Empire Theatre, has been on quite a roll, showcasing some of the finest local musical talent on the big stage. On Saturday night, the series' strong streak continues as Tex-Mex/Americana-rock outfit Blackbird Sing and folk singer-songwriter Nicolette Good take the reins.

Blackbird Sing — quiet for much of 2015, while working on a long-anticipated follow up to its excellent 2013 debut Enemies from Years of Loving — is a band that masterfully blends many of the disparate sounds and attitudes that make San Anto music so rich and diverse. With a punk snarl and a Tex-Mex vibe, the five-piece creates gritty yet harmony-laced folk songs that traverse the emotive gamut from severe to sappy, from joyful to heartbreaking. And, in the live setting, the group's often rollicking numbers seethe and lurch with an arresting sonic intensity seldom wielded by folk-based acts.

Principal songwriter, guitarist and singer Robert Vito Salinas told the San Antonio Current this week that the band plans to debut an album's worth of new material at Saturday's show. This new album, apparently already complete, will be called Cinco and is slated for a late-February or early-March release. Salinas said that the album's title "plays on the fact that Blackbird Sing has been at it for five years, with five members, through five stages of life." He added that, content-wise, Cinco is "really sort of a coming-of-age piece." Hear that, Blackbird fans? New music!

For this special show, the band will be joined by "unofficial 6th member Chris Borchers" on accordion.


Meanwhile, Good, who made one of our favorite local albums of 2015 in her sophomore effort Little Boat on a Wave, will treat fans to selections from her ever-growing catalog of finely crafted folk/alt-country originals. After facing some health problems in late 2014 and early 2015, Good is now back in top form and ready to wow the TwoTen Empire crowd, with an assist from ubiquitous, Grammy-winning producer/engineer Joe Reyes (of Buttercup fame) on guitar. This is only her second time performing material off Little Boat in a live setting. Good explained to the Current that she's excited to get back at it and thrilled that Reyes, who also produced Little Boat, will accompany her. "[Reyes] brings tremendous musicality, expression and just-plain-fun to any performance," she gushed.