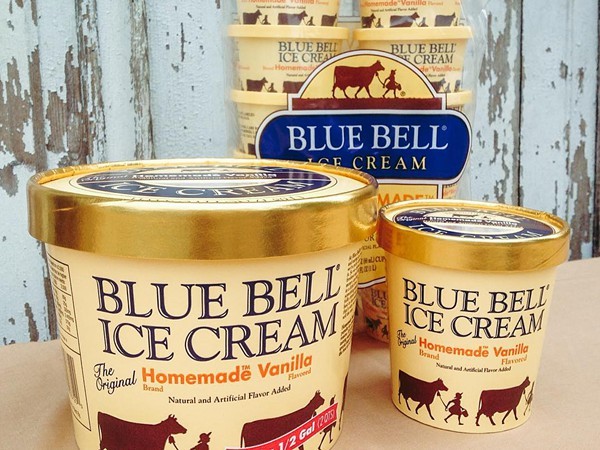 The nightmare is almost over, Blue Bell lovers of San Antonio. Your day of redemption is almost here.

Although it wasn't here in time for the summer ice cream rush, Blue Bell ice cream will be back on San Antonio shelves on Monday, December 14. The iconic ice cream purveyor halted production in mid-April, and hasn't been seen in San Antonio since (expect for people selling it for exorbitant prices on eBay).

But that changes on Monday, when Blue Bell will return to all H-E-B locations. Trucks will deliver the product at 5 a.m., so customers will be able to finally sate their Blue Bell longing as soon as stores open up.

San Antonio was in the fourth round of redistribution for the company, which halted production in April after a Listeria outbreak which killed three people and sickened several more. Other spots around Texas, including Austin and Dallas, have already had stocked Blue Bell for weeks.

Here are the flavors that will be available on Monday: