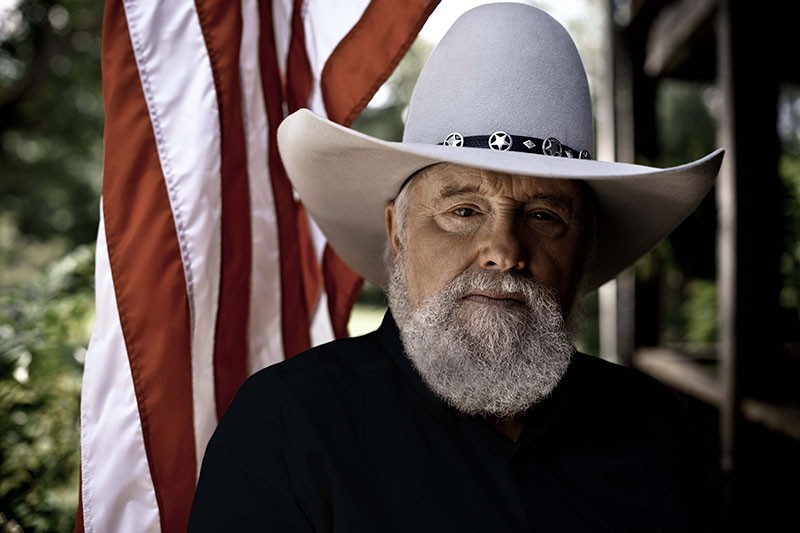 Charlie Daniels doesn't like it when you play "The Devil Went Down to Georgia" against Lou — the game's final boss, short for Lucifer — on Guitar Hero III: Legends of Rock and that sometimes The Devil wins.

He doesn't like Barack Obama's reference to the never-ending War on Terror as the "Overseas Contingency Operation." Daniels' third top song states, "Be proud you're a rebel because the South is gonna do it again." The "do(ing) it again," refers to rockin' out, I think (I hope).

In 2003, Daniels published a document called "Open Letter to the Hollywood Bunch," supporting George W. Bush's actions in Iraq and the really, really airtight reasons for getting involved in that most necessary of wars. He also thinks that Darwin's theory of evolution and natural selection will one day be seen as equally as absurd as the once widely-touted theory of a flat Earth.

Daniels has also played on records by Bob Dylan and Leonard Cohen. The lyrics on "Long-Haired Country Boy" are so perfect and classic, it's only a shame that there is no belt big enough on which to emblazon them.

Daniels is one of the most all-around proficient North American musicians still working. He can play bass, guitar, banjo, mandolin and fiddle like a motherfucker. His skills were featured in Urban Cowboy, John Travolta's best movie and he worked as a Nashville session musician, especially with producer Bob Johnston — whose catalogue of work is so badass it makes Rick Rubin look like whoever produced that Paris Hilton record and if you don't know who Rick Rubin is, you've got a problem — at a time when Nashville wasn't the etymological equivalent of the "C-word" to (country) music fans.

In all honesty, I'm not sure if San Antonio Current readers are as interested in seeing Daniels at The Mix as I am (and probably buff Kyle). However, if you were already planning on going to the show and read this, just do one thing: In light of the (finally) growing reconsideration of the absurdity of flying a flag that not only stood for a geographical portion of the U.S. but also a system of slavery, oppression, rape and terrorism, don't belt out with the same gusto as you may have in years past, "Be proud you're a rebel [white, Southerner], 'cause the South [white Southerners] is gonna do it again."