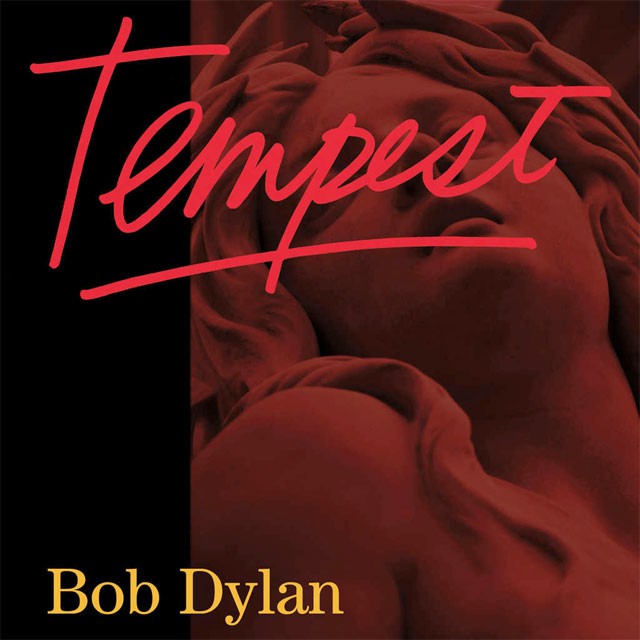 Time Out of Mind (1997) started the best chapter of Bob Dylan’s late career, thus setting a new, unbelievable standard for himself and his contemporaries — that of the rare legend who keeps getting better with time. Love and Theft (2001) and Modern Times (2006) were increasingly strong, and the fine Together Through Life (2009) at times showed signs that Dylan might be taking a breather. None whatsoever. The music in Tempest honors its title — it is a dark, tumultuous, intense trip that has the best of the previous albums (solid songs based on well-established rock and pre-rock traditions, anything from jazz and blues to '30s western swing), lyrics that rank among the best he’s ever written ("They're peddlers and they're meddlers, they buy and they sell / They destroyed your city, they'll destroy you as well," he sings in the stomping blues “Early Roman Kings”) and fast-driving country-blues-rockin’ ferocity (“Narrow Way” is an instant classic) mixed with a mellow, chorus-less 14-minute epic (the title track, dealing with the sinking of the Titanic) and a somber tribute to his friend John Lennon (“Roll On, John,” which closes the album). As usual, Dylan’s isn’t too concerned with production values. He goes in, lays the tracks down, and leaves (producer “Jack Frost” is no one but him). It’s the fourth album with his terrific band since Love and Theft (George Receli on drums, Tony Garnier on bass, and four guitarists — Donnie Herron, Charlie Sexton, Stu Kimball, and guest David Hidalgo, of Los Lobos, who also plays accordion and violin). In spite of the fact that “some people they tell me I got the blood of the land in my voice," as he says in “I Feel a Change Comin’ On,” Dylan’s 35th studio album in a 50-year recording career has a clear message: in “Early Roman Kings,” channeling Muddy Waters’ “Mannish Boy” with a Hidalgo accordion as important as Augie Meyers’ Hammond was for “Love Theft” in Time Out of Mind, Dylan says, “I ain’t dead. My bell still rings.” It ain’t pretty and it’s full of scars. But, as he once said, happiness (his or yours) was never his goal.