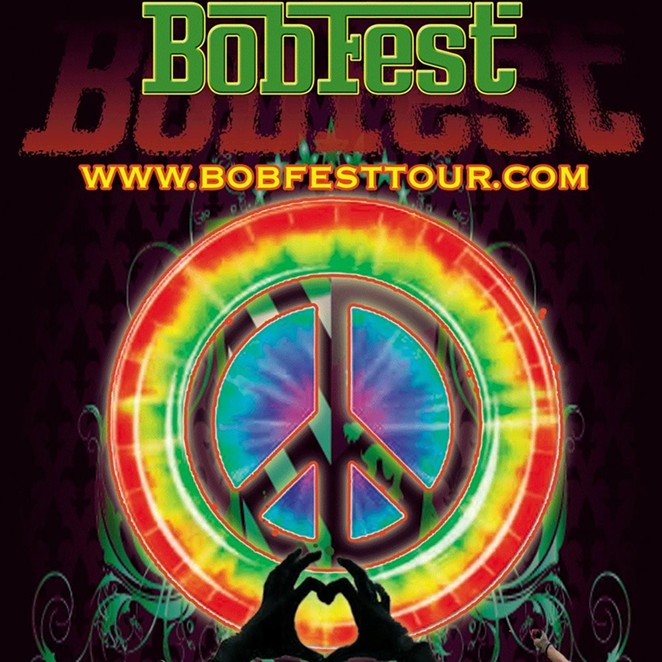 San Antonio has the enviable distinction of being the only city in these 50 great states of ours that has hosted what was the Bob Marley Festival Tour and is now, simply, BobFest, twice in one year. WE DID IT!!

The Tour, now in its twenty-first year of operation (finally legal!) and returning to us after a six-year hiatus, hosts some of the biggest names in reggae, dub and dancehall. Sunken Gardens will host the festival celebrating the life, love and music of a musician whose vibes and positivity were so impeccably that I just can't even bring myself to bother with a clever quip or sarcastic pun. U-N-I-T-Y!

The festival will be held Saturday and November 14 and 15 from 2-10pm. Children under 12 are free and tickets can be got for $20 at the door or $15 pre-sale at bobfesttour.com. Bruk out!!