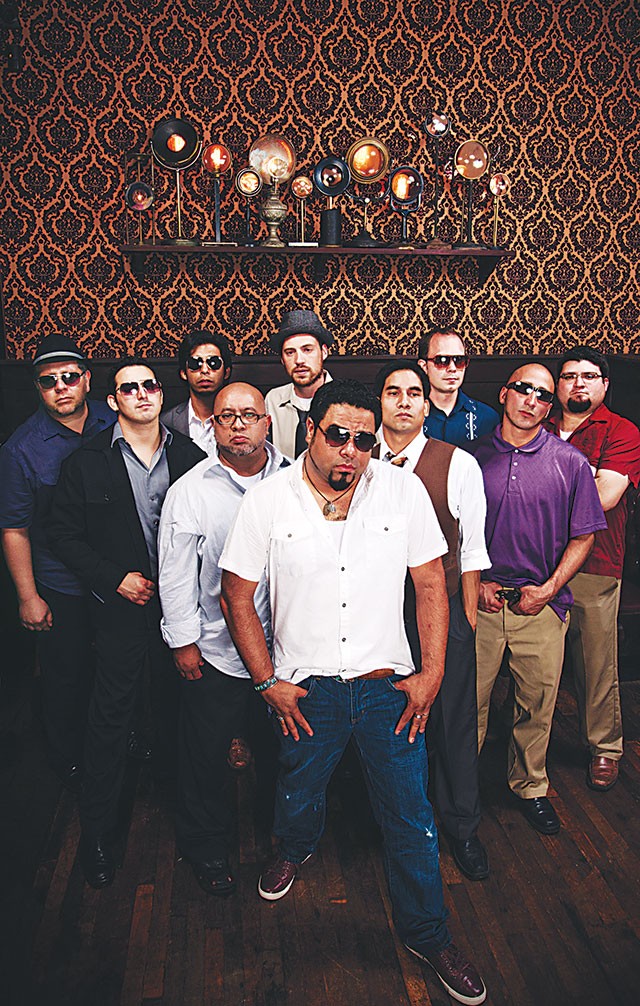 It’s official: Bombasta has earned bragging rights as the baddest Latin alternative band in San Antonio, even though they don’t see it that way.

“I really don’t think of things in those terms,” guitarist/singer Robert “El Robótico” Livar, still unaware the band had won three awards, told the Current. “We’re just in it like everyone else, trying to hustle and work with what we’ve got. All of us come to música latina from different backgrounds, so we’re just part of this evolution, rediscovering our roots and adding our own spin on things.”

In addition to countless regional shows, in 2013 Bombasta added a new gig: being the live band during the theatrical run of In The Heights, the Woodlawn Theatre’s highly praised production of the Tony Award-winning musical.

“It was a great experience, it really got us outside of our normal vibe,” Livar said. “Being part of a large production gave us an appreciation for everything that goes into putting together such a great show. The mix of hip-hop, salsa and all the other tropical styles in the score really gave us a deeper understanding of how some of these rhythms fit together.”

There is one thing Bombasta has not been able to do yet: record a full album. Being a 10-piece band, the recording process has been “complicated” and “frustrating,” said Livar, but they’ve managed to put out some singles, including the infectious electro-cumbia-rap “De la Calle” which also won Best Video (directed by Robb S. García).

“Our focus has always been the live performance, feeding off an audience and getting that instant response,” Livar said. “The industry has changed so much over the time we’ve had the project going (10 years in December), really moving away from the album approach. It’s like we’re back in the ’50s, where everything is driven by singles now—it seems hard to even find anyone who still buys entire CDs.”

Having said that, they’ve been working on a soon-to-be-released collaboration with Erick Massore (from Massore, a Mexican cumbia group) and “another new track that’s been pushing us in new directions.”

“I think that this música latina is más americano than a lot of other popular music,” he said. “Latinos/Chicanos are the ultimate remixers—we’re a cultural filter, always absorbing everything across all borders and then recreating this new mix of sounds that helps identify this new American experience.”