Bonehead Quote of the Week: Rep. Joe Barton Says ‘No Room at the Inn’ for Unaccompanied Minors 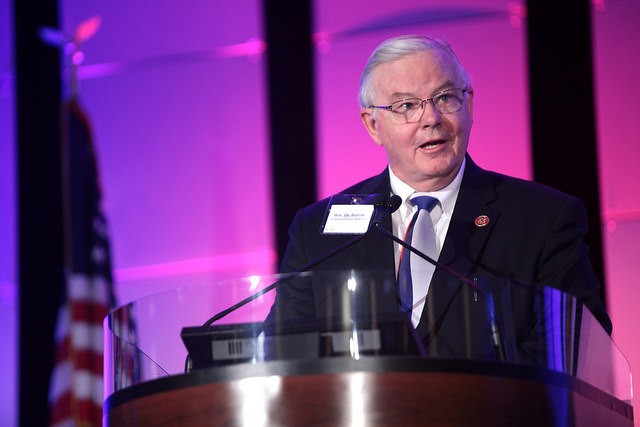 Hundreds of undocumented children from Central America will spend the next three weeks at the Lakeview Camp and Retreat Center in Ellis County, south of the Dallas-Fort Worth area.

The kids are not with their parents. They range from ages 12 to 17. Some will eventually be fostered in the United States, others will be returned to their home countries, where gangs’ threats of murder and sexual violence caused many of them to flee in the first place.

The U.S. is running out of places to house people who cross the southern border to seek asylum. Keeping the children at the camp is a temporary solution devised by the federal government.

It’s almost impossible to fully empathize with what these adolescents are going through. To be a teenager spending the holiday season in a foreign country, away from your family, with your immediate fate largely uncertain, sounds terrifying.

But that’s not what Rep. Joe Barton, a Republican who represents Ellis County, is concerned about. Barton is miffed that the Obama administration didn’t give him enough notice that the children were coming to his district, and that he had no recourse to challenge the decision. Don’t worry though — Barton said in a statement he’s working to make sure it never happens again:

"I have vigorously protested this action. Yesterday, I spoke to the Secretary of [Health and Human Services], her senior staff, and other congressional and state leaders to express my concerns and attempt to prevent the transfer. Unfortunately, under current state and federal law, this specific action cannot be stopped. My priority remains to ensure the safety of my constituents. I will continue to work closely with federal, state, and local officials to monitor this situation for the next 21 days. I am also working to prevent a reoccurrence and to change the law."


Obviously, taking care of these kids on such short notice would be a logistical nightmare. But responding to that by throwing a tantrum instead of opening one’s arms lacks both compassion and common sense.

Luckily, the camp’s management did not have such a response. Rick DuBose, the superintendent for the North Texas district of the Assemblies of God, which owns the Lakeview Camp, said he’s “honored to give these kids a place to live for the next 21 days,” according to KERA.

“We didn’t feel like there was any way we could turn them away and not care for them and feed them when we have the beds that are empty and food that can be served and a process here,” DuBose said. “It’s our slowest time of year. So we were very available. We’ve jumped on it.”

It's unfortunate that Barton, a father and a Christian, couldn't find it in himself to extend the same kindness to these kids.