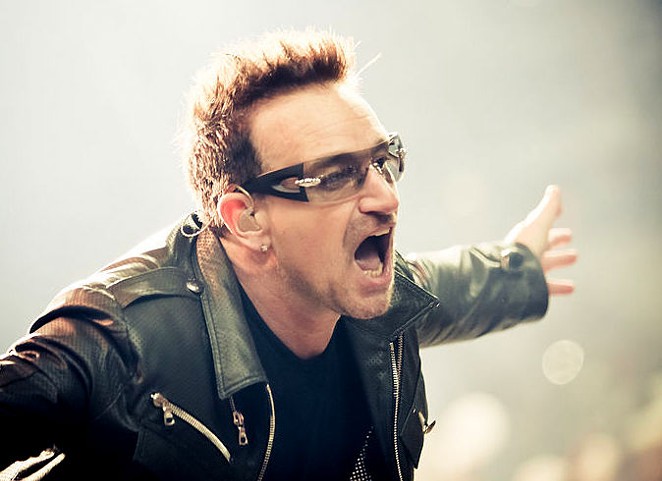 U2 frontman Bono has been panhandling on Christmas Eve for Dublin homeless charity Simon Communities for six years now. Although last year he took a break from the sing-song spanging due to surgery resulting from a serious bicycle injury, this year he was joined by Hozier, Glen Hansard (the real talent) and other artists to help bring attention to the charity, Irish homelessness and to garner donations.


Long considered an outspoken advocate of the downtrodden and dispossessed, the single-named Irishman performed U2's "Every Breaking Wave" and "When Love Comes to Town" for a throng of fans who have now come to expect the annual charity caroling. Although it is unclear how much many was raised, or how many people donated to incite the righteous ever-bespectacled singer to shut up, Grafton Street was packed with spectators and, hopefully, generous do-gooders.