Booze and beer, together at last 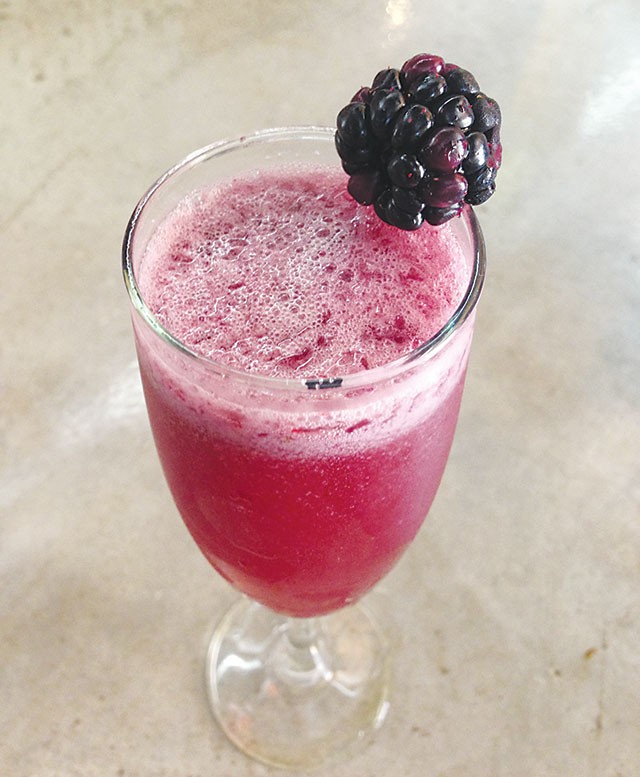 Beer cocktails and beer blends are hardly a new concept: Folks have used beer as a base for other drinks for centuries dating back as early as the first millennium. Familiar examples include the Shandy, the Michelada, and the Black and Tan. With a near simultaneous boom in both craft cocktail and craft beer culture, it didn’t take long for the two worlds to collide in ever more creative ways.

At Bar 1919 in the Blue Star Arts Complex you’ll find at least one or two hoppy examples on the drink menu. “We weren’t really planning on beer cocktails here, but got to playing around with different combinations and had a lot of fun,” said head bartender Stephan Mendez, who brought out a sample of the “The Almost Collins” which blends gin, honey, grapefruit juice and Cynar and is topped off with Lagunitas IPA.

Beer’s versatility and the extra dimension it adds when mixed with spirits lends itself naturally to creative cocktails. “It’s about knowing the chemistry of each beer and each spirit,” said Ross, who feels that bartenders of old gave little respect to brews as an ingredient.

Ross and others are part of a new generation that’s a hybrid of bartenders and mad scientists taking beer cocktails to a whole new level. “I’ve used hops to create bitters, [and] boiled beers down to a cocktail syrup,” said Ross. “We’re not trying to re-invent the wheel, just perfect it.”

Newcomer Stella Public House, in the same complex as 1919, also features some sudsy concoctions on their menu. “I love just playing around with different combinations and seeing what comes out,” said April Poerner, Stella’s manager, adding that “the grain-based nature of beer and most spirits create the perfect synergy.” Currently Stella features four beer cocktails, which are as popular as their extensive list of craft brews. “Out of our four beer cocktails: Il Cavallo, Mezzanote, Brewjito and HopRita, the Brewjito is a favorite,” said Poerner. The Brewjito combines Bacardi Rum, lemon juice, agave nectar and mint leaves, topped with Real Ale Brewing Co.’s Fireman’s 4.

At Blue Box, bar manager Olaf Harmel eventually settled on a version of a Gold Dust. Dubbed Guadalupe Gold, the drink is made using whiskey, lemon juice and honey and topped with Texas Honey Ale, itself a blend of honey and ale known as a Braggot. “By using the Texas Honey Ale as a cocktail ingredient, we’ve essentially created a blend within a blend,” said Christine Hill, Blue Box’s manager.