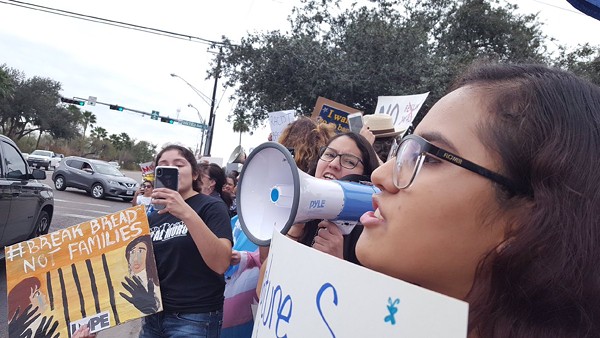 As President Trump prepares to use tonight's state of the union to sell his border wall to the nation, many in South Texas are already paying a steep price for it.

As reported here and elsewhere, contractors are about to start work on a $650 million stretch of wall that will slice through the National Butterfly Center, La Lomita Mission Catholic chapel and other important landmarks. That section of wall was funded last year by the Republican-controlled Congress.

But it's not just parkland facing jeopardy, said Ricky Garza, a Texas Civil Rights Project lawyer representing South Texas landowners. Plenty of normal folks are also being disrupted, if not outright displaced, by the pending construction.

"Some of the people affected have agricultural businesses, but many are low-income homesteaders, especially in places like Roma," Garza said. "There are whole subdivisions where families are living right now that are slated for destruction."

Normally, property owners could push back via environmental regulations or laws shielding the rights of indigenous people, but not this time. To expedite construction, the government has invoked a rule that gives Homeland Security the right to suspend laws to build border barriers.

Sadly, Garza said, the best recourse most landowners can hope for is to lawyer up and demand compensation. In some cases, though, they may be too unfamiliar with the law, or too intimidated, to demand full value for their property.

"Our clients tell us the visits (from the feds) are very persuasive and often very misleading," said Garza, who offers bono services for people facing land seizures. "But landowners have rights. The government can't just come in and do whatever it wants."