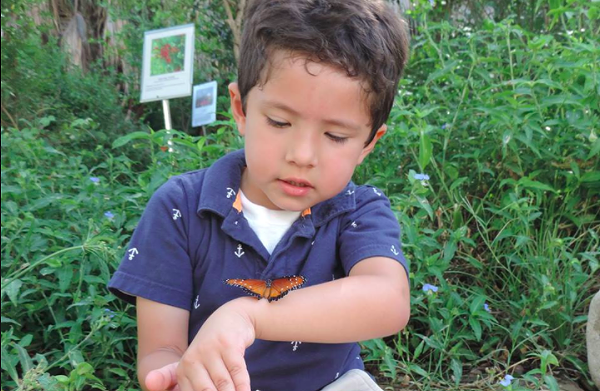 President Donald Trump's long-proposed wall along the Mexico-U.S. border has hit more than a few bumps along the road to its construction.

But there's one roadblock that the White House seems indifferent to tackling: Texas wildlife preserves.

It began in mid-July, when a federal official told the Texas Observer of U.S. Custom and Border Patrol's plan to install a 18-foot border wall through nearly three miles of the federally-owned Santa Ana National Wildlife Refuge. The 2,088-acre Hildago Country refuge falls on the intersection of major east-west and north-south migratory routes for hundreds of bird species — paths that disregard human-made border lines. The ecosystem's also home to nearly half of all butterfly species found in the United States (that's over 300). Wildlife specialists say plunking a towering wall in the middle of this biological melting-pot could cause irreversible damage.

"This is the crown jewel of the Rio Grande Valley wildlife refuge system, with one of the highest rates of biodiversity in the U.S.," Scott Nicol, co-chairman of the Borderlands Team for the Sierra Club told the Los Angeles Times in July. "If it’s walled off, with no public access, it will be left to rot."

"A wall cutting through the refuge could do serious environmental and economic damage, and the American public deserves transparency for what could be billions of taxpayers’ dollars spent on a wall," write congressmen Joaquin Castro, Henry Cuellar, Lloyd Doggett, Vicente Gonzalez, Beto O’Rourke, and Filemon Vela.

Further up the Rio Grande River, another wildlife sanctuary has stumbled upon similar news — quite literally. In late July, Marianna Treviño-Wright, the director of Mission, Texas' National Butterfly Center ran into a work crew clearing trees, brush, and native plants in the middle of the center's private property. Treviño-Wright told the Texas Observer that when she called CBP agents to complain, they seemed to have no idea what was going on. A border patrol official later told her that the feds could control any land within 25 miles of the border, including her private land, home to more than 200 species of butterflies. He reminder her that they all carried guns.

The unexpected, secret nature of these projects have other wilderness preserves on edge — especially those on federal land, where it's much easier for Trump to call the shots. Hikers and park rangers have yet to come across bulldozers and cement mixers in the peaks and valleys of Big Bend National Park, one of Texas' two lone national parks, but environmental advocates, local leaders and visitors are ready for the fight. Other rare migratory creatures that rely on open borders, like the Mexican black bear, call the park home. The bear would likely go extinct in the U.S. with a border wall in place.

Building a wall on federal soil, however, would keep the White House out of court — and give Trump something concrete to use to prove his follow-through on campaign promises. But at what cost?

In the words of Rick LoBello, a former Big Bend park ranger interviewed by the LA Times:“It would completely ruin the experience of one of the most beautiful natural places left in this country.”