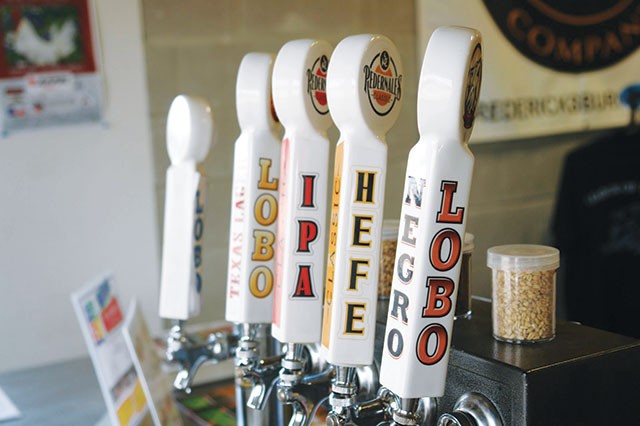 Every so often, I have a revelation while drinking beer. And it’s not just because I’m drinking one of them crazy 10-percent alcohol monsters, either. My latest: Texas’ small towns are making a lot of good beer these days.

I have always regarded craft brewing as an urban thing, and with some justification—let’s face it, you don’t generally find 70-tap, beer-snob hangouts in the countryside. But more and more, it seems like the beer in the Flying Saucers and The Ginger Mans is shipped from there.

OK, I know—Real Ale has been in Blanco coming up on two decades now, and depending on how you define craft beer, Spoetzl Brewery has made the town of Shiner synonymous with brew for more than 100 years. But those were exceptions, not the rule.

Now, small brewers seem to sprout up along the highway like bluebonnets (hopefully they’ll last longer). So many, in fact, that I haven’t been able to try them all. I might be dating myself, but I can remember when tasting every brewery in Texas could be done in a single sampler flight.

Now, outside of San Antonio, two beer makers (Guadalupe and New Braunfels) have set up shop in New Braunfels; Fredericksburg boasts both a production brewery (Pedernales) and a now-venerable brewpub (Fredericksburg Brewing) and so does Boerne (Boerne Brewing and Dodging Duck).

Similar things are happening around the state. Maybe it’s the cheaper real estate. Maybe it’s just a desire to avoid the mad rush of the city. Whatever it is, the beer being produced is often good. Sometimes, even great.

Maybe “revelation” isn’t the right word. I’ve seen this phenomenon creeping up for a while. Southern Star began canning the good stuff out in the woods of Conroe seven years ago. But now it seems to be hitting a critical mass, and it’s finally dawning on me that a lot of my beer consumption is coming from towns the size of the one I grew up in.

Last month, I made a trip out west to Alpine, finally affording me a chance to try the products of Big Bend Brewing, the new venture of former Live Oak brewmaster Steve Anderson. Predictably, everything he’s making is commendable, including a solid porter and an addictive hefeweizen.

The final punch in the face came when I tried the products of Revolver Brewing, out of Granbury (just outside of Fort Worth). I’ve only tried two of their beers, but, wow. Revolver’s flagship beer, Blood & Honey, ranks as one of the best beers I’ve ever tasted, bar none. This golden ale finished with blood orange zest and local honey is my new obsession. If a bar has it on tap, I’m buying it, end of discussion.

Remember when you were in college and you made that pilgrimage to Shiner for a brewery tour and a taste of small town life? Your options just a got a whole lot wider.