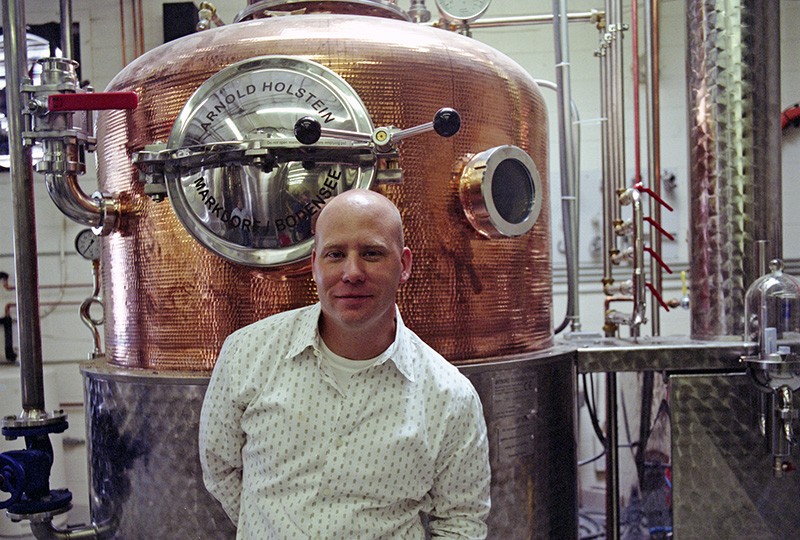 T.J. Miller has just popped the stopper on a five-gallon oak barrel containing one of his many recent whiskey-aging trials. He sticks in a "thief" and extracts just enough amber liquid for two tasting glasses. Despite the air in this repurposed shipping container already being thick with "angel's share" aromas emanating from the several dozen other barrels of varying sizes, this spirit's nose demands attention.

Miller and his creative business partners at Ranger Creek, Mark McDavid and Dennis Rylander, didn't start out as barrel jockeys. Homebrewers all, it was beer that ignited the initial, hey-gang-let's-open-a-brewery spark and their exceptional brews, the robust Mesquite Smoked Porter and the seasonal Red Headed Stranger among them, continue to garner fans and awards. But with craft brewing becoming almost commonplace (there are now at least nine in San Antonio), it was logical that the guys would set their sights on distilling as well, so the rallying cry became hey-gang-let's open-a-distillery. Consequently, it morphed into Texas' only "brewstillery." The logic now seems inevitable.

There are two other craft distillers worthy of the term in Texas: Garrison Brothers in the Hill Country and the currently embattled Balcones. And as recent class-action suits against Tito's Vodka, Maker's Mark and Jim Beam prove, bandying the term "handmade" or "handcrafted" about can get one in a peck of trouble. It's clear from our discussion that Miller doesn't want to dwell unduly on this aspect of the business. But it's equally clear that he's totally passionate about turning out a product that is genuinely local and hands-on — from mesquite-smoking their own grain to local sourcing of corn and rye.

Oak barrels containing whiskey in 2010 didn't come from Texas, of course; they're sourced in Arkansas, Kentucky and Minnesota. But once here and filled, they become Texan, and in a hurry at that, due to extreme swings in climate. There wasn't a manual on how to make bourbon in Texas, says Miller, "so we experimented with barrel size, amount of char, fill levels ... We're now moving into year five and are finally getting a handle on how spirits age in Texas," says Miller. He readily admits "we did have this 'oh, shit' moment" early on. Probably about the time the .36 Texas Bourbon Whiskey was first released in 2012.

The guys needn't have worried: it won a bronze medal that year and the acclaim has only accelerated, culminating this year in a Best in Show award from the American Craft Spirits Association for the .36 Single Barrel release. Back in the rackroom, that sample Miller swiped from the barrel (it's his first taste of this single malt experiment) is showing beautiful color and lots of fruity, Scotch-like promise after only about 13 months. "Single barrel: this is the direction we're going in," he confides.

In conveniently full-circle sense, some of the bourbon barrels (by law, they can only be used once) are being put to good use anew, this time becoming vessels for barrel-aging of some of RC's more robust beers. An Imperial Brown Ale is the first. It's unlikely to be the last.