November 08, 2012
comment
Right before dropping a whole lot of f-bombs at Laurie Auditorium, internationally renowned chef, author, and all-around bad ass Anthony Bourdain decided to drop in at Two Bros BBQ Market for a nice Texas-style BBQ lunch. If you weren't lucky enough to catch him tearing meat right off of the bone at Chef Jason Dady and brother Jake's picturesque BBQ joint, hopefully you're lucky enough to hear him regale (while profusely swearing) a San Antonio audience about his adventures in traveling, food, and revelry tonight at his much buzzed about North American tour, Guts & Glory: An Evening With Anthony Bourdain. 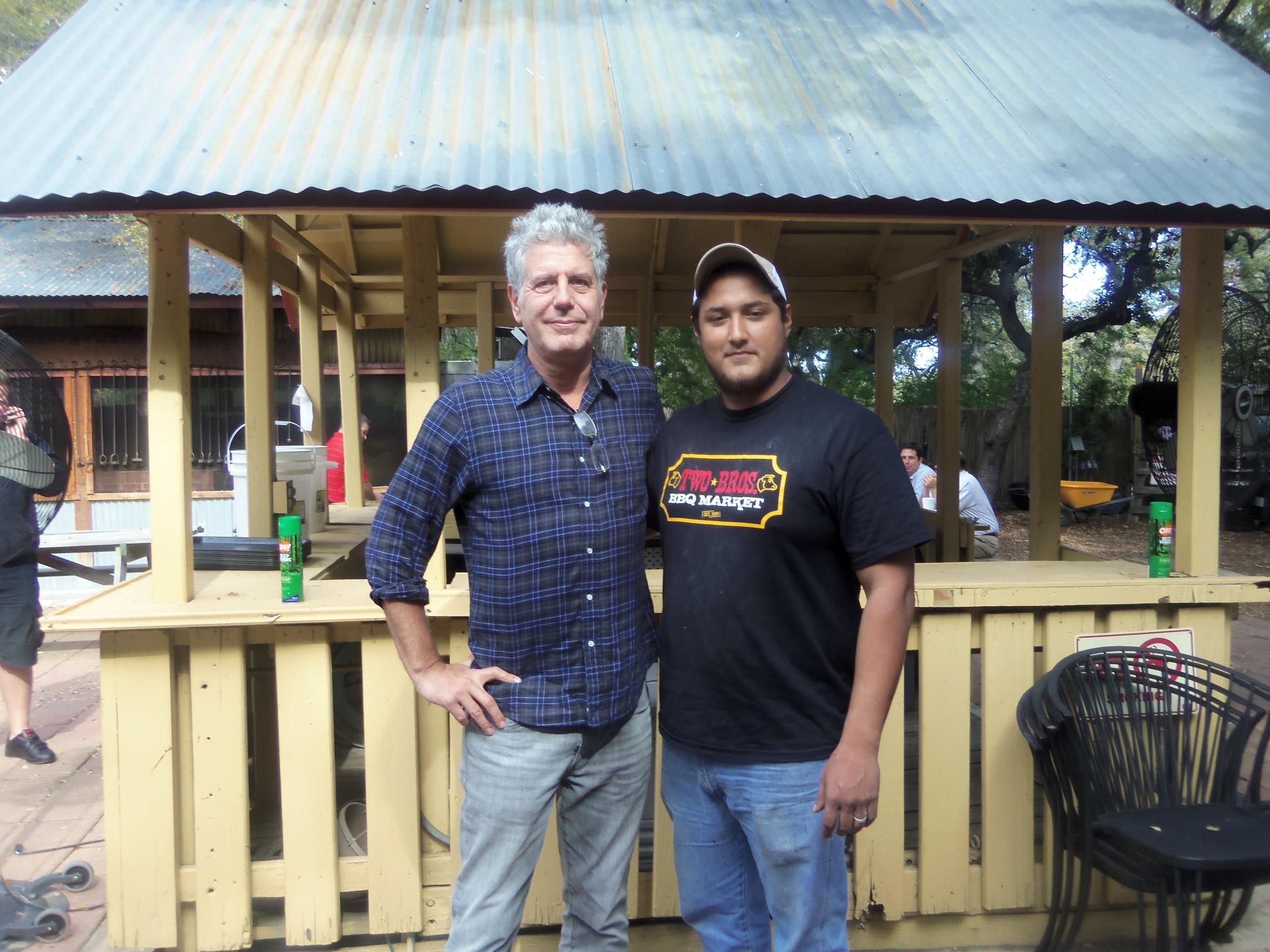