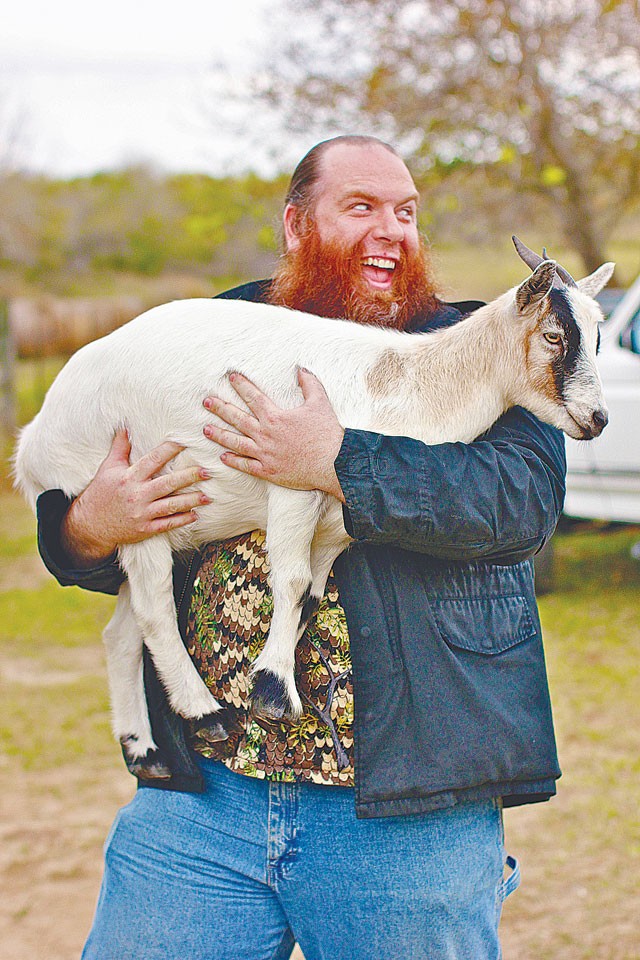 On December 4, the Christmas-lit skyline loomed over the Guadalupe Theater, the neon-buzzing beacon of the Westside. The 8th annual SA48HR Film Experience, for the second year in a row, set its roots inside the theater to showcase the emerging and established San Antonio film community.

There were ground rules. Teams had to submit their formal bid prior to the competition drawing. They were then given a theme, location, and genre in which they had to craft an original film in 48 hours. The film's duration could be no longer than eight minutes. The feat was one that only 18 of the 26 entries would accomplish within the allotted time constraints. This year's first prize winner was Scott Langford's Kendall County Hunters, starring Best Actor winner Brant Bumpers (one of the most instantly recognizable presences in local film) and Best Actress winner Lara Shah.

At press time, we still had no details on the Audience Award winner (which was going to be announced on the night of December 11; see sacurrent.com for complete list of winners), but it would suprise no one that Kendall County Hunters, a mockumentary about the daily struggles of a goat-fucking, backwoods hunter of the oft-elusive chupacabra, takes that honor as well. After the show, actors and audience alike mobbed Bumpers to schmooze and take photographs with him.

The films screened ranged from standard, low-budget fare exhibiting one-dimensional characters and simple plot lines to crisp, well-acted short films with an eye for cinematography and allegory. From adolescent love games and cross-dressing Salem witch trials, to living dead court cases, there were films of all kinds sharing one common perspective — they were all pure San Antonio.

Drew Mayer-Oakes, director of the SA Film Commission since 2004 and orchestrator of the SA48HR Film Experience, keeps with the national competition's guidelines, but uses the productions as calling cards for the city.

"We used exteriors ... because we wanted people to shoot different parts of the city," said Mayer-Oakes. "[That way], we could use these films to help sell the city as a filming location."

Sure, there were dropped pictures and pops of audio levels during the screenings, but that's an endearing feature of this burgeoning local product, and proof of the grit that defines this place. Look instead at the ceaseless work ethic of the local filmmakers and actors who understand that while there is a readily available market in Austin, it's better instead to invest in their own city. The house lights rise, and the next day's grind begins anew.