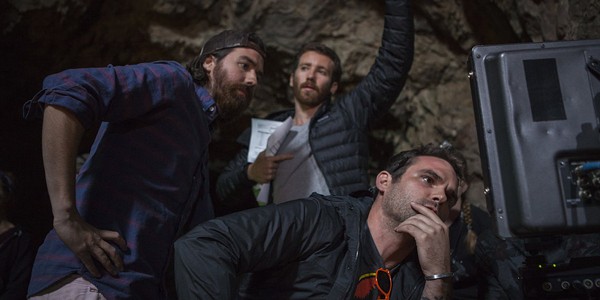 It was pretty easy for writer/director and San Antonio native Mark Dennis to find inspiration for his newest sci-fi adventure. All he had to do was look back at the movies he enjoyed as a kid in the 1980s such as the original Indiana Jones trilogy and The Goonies. In Time Trap, Dennis and co-director Ben Foster hope to capture some of the same magic films had 35 years ago before they were, as Dennis puts it, “ruined by too many computer graphics.”

“Back then, it was all practical effects and more about the plot and the characters,” Dennis told the Current last week. “That’s the kind of movie we wanted to make.”

Born and raised in San Antonio until the age of 13, Dennis moved to Boerne and graduated from the Vanguard Institute in 2000. After studying for a few semesters at Northwest Vista College, he transferred into the film program at the University of Texas at Austin where he met Foster. After making a few shorts together, the duo shot their first feature, the 2011 thriller Strings. Although the film won a handful of awards at festivals around the U.S., it “didn’t break out” like they wanted.

Dennis and Foster take their cameras and crew deep into the caves of West Texas for their second feature, Time Trap. The film follows a group of students searching for an archaeology professor who goes missing while seeking out the legendary Fountain of Youth. While exploring underground, the students inadvertently break the space-time continuum and find themselves trapped in a cave where time is passing at a different speed than on the surface.

Why did you decide to set this story inside a cave?
That’s just from being raised in Texas. There are so many caves everywhere. Every year as a kid, they would take us on a field trip to Natural Bridge Caverns or Cascade Caverns or Cave Without a Name. I’ve been to caves all over Texas. I think it just finally worked its way into my writing.

I’m assuming location scouting turned into another series of field trips for you, yes?
We got to see a lot of cool caves. We knew what our story already was, so every time we walked into a cave, we started to visualize it taking place there. We toured all these caves. We thought we were going to shoot at Cascade Caverns in Boerne, but for some reason the owner didn’t want to do it. So we found the Caverns of Sonora out in West Texas. They let us come in and shoot and do everything we needed to do to get the movie done.

What were the challenges of shooting inside a cave?
We would have to walk 20 minutes underground just to get to the set. We had to bring all the equipment down and back up. There was a lot of moisture in the cave, so all of our radios and batteries would get ruined. If one of the actors had to go to the surface to use the restroom, that was a 40-minute endeavor. We were also hitting our heads a lot on the cave. 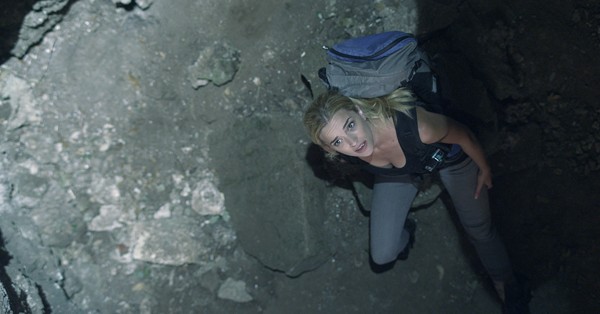 What if Time Trap doesn’t get you to that level just yet? What’s the next step?
I’m going to buy a sailboat and sail around the world and figure it out along the way.

It’s tough to break out with the number of movies that are being made today. It wasn’t like this in the ’80s.
It’s not easy for anyone. Even [filmmakers] with Sundance hits are struggling to make movies. It’s very crowded out there. It’s hard to find an audience, especially since people are only doing Netflix and Hulu now. So many movies come out these days. There’s too much out there and people can’t see everything. Back in the ’80s, there wasn’t any competition for movies. Television was the only competition. The industry has changed so much.

As I’m sure you know, Texas doesn’t have the greatest incentives for filmmakers in comparison to states like Georgia and Louisiana. Do you want to continue shooting here?
We want to shoot in Texas. We love it. We have every kind of landscape and location here. We can shoot a movie here and still go home and see our family. I hope at some point business comes back.

Time Trap is currently available to purchase or rent on iTunes.