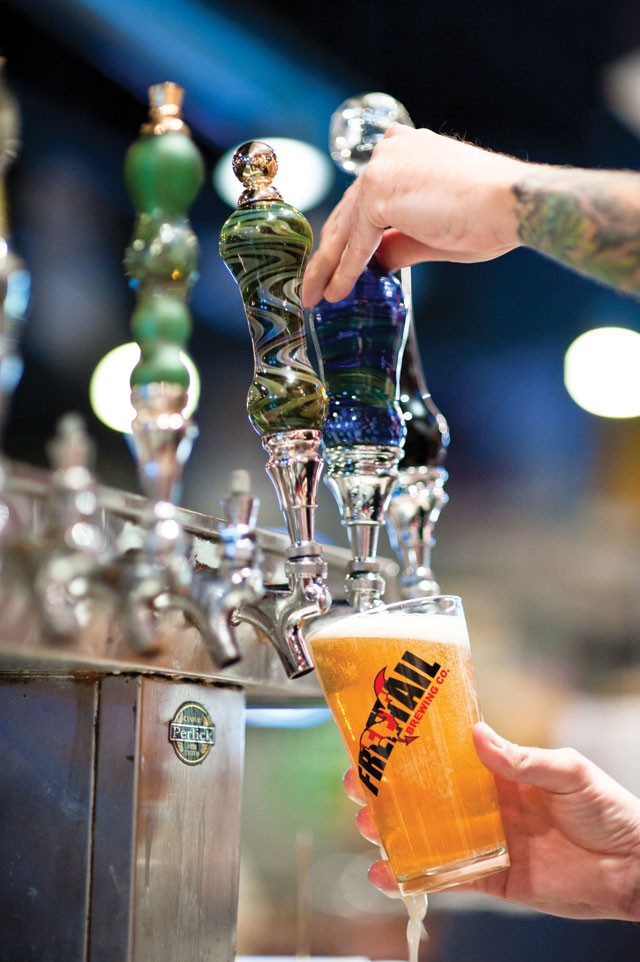 Even if you're not a beer aficionado, there's something about drinking a well-crafted brew and a meal only steps away from both were made. In the last few years, San Antonio has exploded into a good beer town with three brewpub/restaurants in the city, two outside town, and soon-to-be seven microbreweries in the area. Here's where you can sample inside the city limits.
– Travis E. Poling

Blue Star is San Antonio's longest surviving brewpub. Beers change with the seasons, including the signature strong brew dubbed King William after its neighborhood on the banks of the SA River. A new chef and a menu elevated above the usual pub fare, with housemade charcuterie, and a creamy nitro oatmeal stout are reasons to go back if you haven't been in a while.

The newest edition to San Antonio's brewpub life is in the heart of the city's historic brewing district with house beers, barbecue, and an evening menu of more exotic fare from the smoker. Brewer Alex Rattray makes beers like Rye Saison, IPA and brown ale, while brother Chef Tim Rattray heads the kitchen at the former barrel cooper's house on the former Pearl Brewery.

Freetail Brewing came on the scene in 2008 and generated an immediate buzz in brew-lover circles. The brewpub is recognized for top-notch pizzas from a brick oven and inventive beers. Taps change frequently, but the Rye Wit, La Rubia, and Freetail Ale are usually on alongside a host of more esoteric offerings. Bombers (22-ounce bottles) are available for carry out.