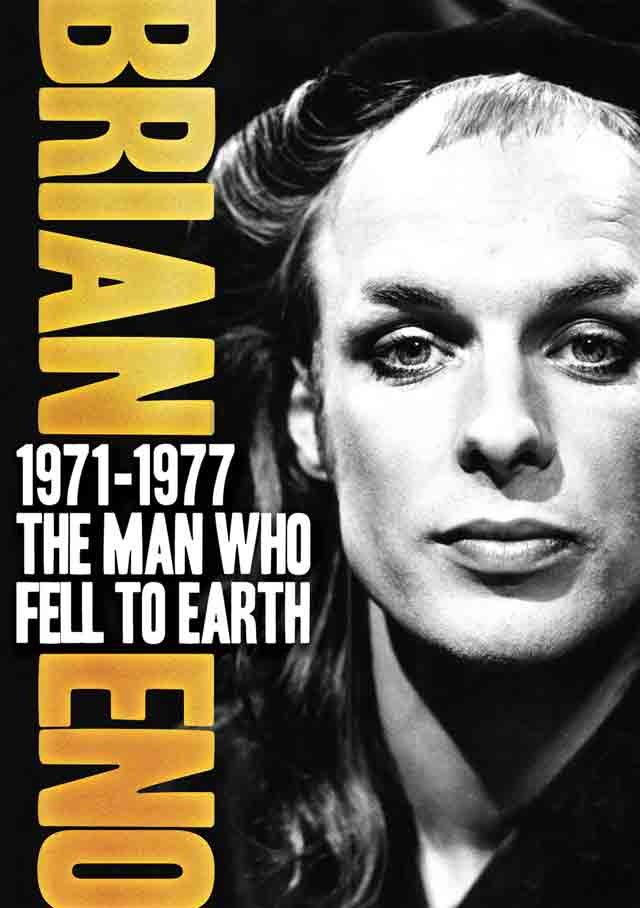 Never did a man with so little have so much influence in the history of music.

The man born in 1948 as Brian Peter George St. John le Baptiste de la Salle Eno (!) doesn’t read or write music. Heck, he doesn’t even play an instrument except for his voice (and that resembles any of those German robotmen parodied by Mike Myers in his Sprockets SNL skit). Yet, Eno was instrumental in the development of ambient music and is responsible for some of the best music of the early ’70s, both for his work with Roxy Music and for his extensive output of eclectic and prolific albums he produced for himself or others.

This unauthorized documentary only has two old clips of Eno talking about his music, but the film seriously explores Eno’s life through the recollection of some of those who worked with him on key albums. The testimony of Hans-Joachim Roedelius (a member of Germany’s experimental group Cluster) in itself is a movie within the movie, and the film takes its time in describing Eno’s ascendancy from Roxy Music through his collaborations with David Bowie, Robert Fripp, and Genesis, and the life- and art-changing impact minimalists John Cage and Terry Riley had on Eno.

Eno’s list of productions is endless, and in the ’80s and ’90s he would again be massively recognized as a vital force in music thanks to his Daniel Lanois-co-produced U2 albums: The Unforgettable Fire (1984), The Joshua Tree (1987), Achtung Baby (1991), and All That You Can’t Leave Behind (2000). Eno also co-produced 1993’s Zooropa with Flood and The Edge, but this movie wisely and deeply concentrates on his first seminal period from 1971 to 1977, when, out of nowhere, Eno established a new order — or several — in music, the effects of which are still felt to this day.