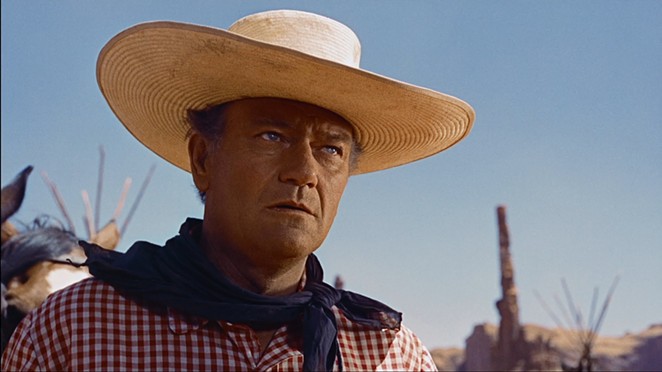 Debuting at the Briscoe Western Art Museum on May 28, “Still in the Saddle: A New History of the Hollywood Western” showcases the cinematic art and storytelling of classic Western films in the context of the changing American landscape of 1969-1980.

“In the 1940s and 50s, the Western was the most popular movie genre in America,” Briscoe President and CEO Michael Duchemin said. “As the world outside of the theater doors changed, many thought the Western would ride off into the sunset. Yet the Western remained as rich and complex as at any time in its history.”

For the exhibition, the Briscoe will transform into a late 1960s movie theater and showcase an array of costumes, props and vintage movie posters.

Paired with the exhibition, the museum’s Summer Film Series returns with Western classics including True Grit (July 18), Little Big Man (June 20) and Butch Cassidy and the Sundance Kid (May 30). Andrew Patrick Nelson, guest curator and author of Still in the Saddle: The Hollywood Western, 1969-1980, will introduce each movie and explain its significance in the history of the genre.