Broker Confirms Jacala Is For Sale, Even Though the San Antonio Eatery's Owners and Fans Deny It 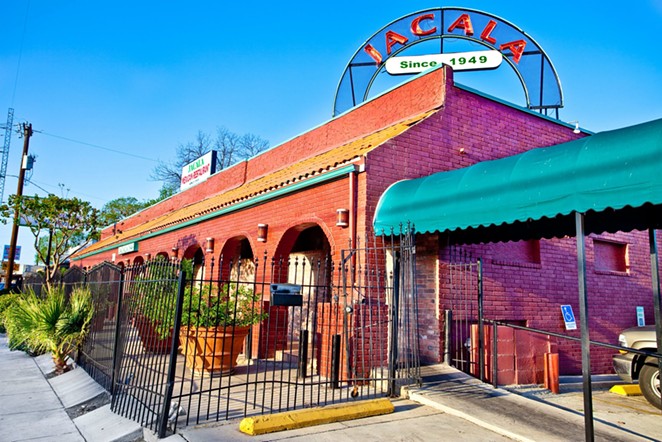 A week ago, the Current reported that the beloved Jacala Mexican Restaurant was listed for sale on LoopNet, a commercial real estate website.

“That was just a rumor; the journalist did not check their sources before printing,” read one Facebook post in response to the shared article.

In social media posts, two of Jacala's owners — Lucile Hooker and Cynthia Lambert — even seemed to downplay the fact that the 70-year-old restaurant had been listed on the real estate site.

When guests asked on Facebook for confirmation that the business was for sale, Lambert answered, “not yet.” Hooker went into slightly more more detail, replying, "We will sell one day but not right now. Thanks for your support.”

Hooker and Lambert didn't respond to emailed requests for an interview. Phone calls to the restaurant itself also got no response.

We went to the next logical source and contacted the number in the real estate listing. The broker handling the restaurant's potential sale confirmed that the listing was correct but asked that his name not be used.

The San Antonio-based broker said he has more than 30 years' experience in commercial real estate. He added that he successfully facilitated the sale and transfer of other iconic eateries including Earl Abel’s, La Fonda, Hofbrau at the Rim and Rosario’s.

“I have been in talks with more than one group,” he said. “I anticipate a sale being finalized within the next 90 days.”

During its long operating history, Jacala has amassed a multi-generational appeal, which may be why some local fans are resistant to seeing it change hands.

“Typically, listings like this are public, but confidential,” the broker added. “We talked about that, and it just wasn’t an option for this establishment. [Jacala] has a loyal, established following. … It will be alright.”