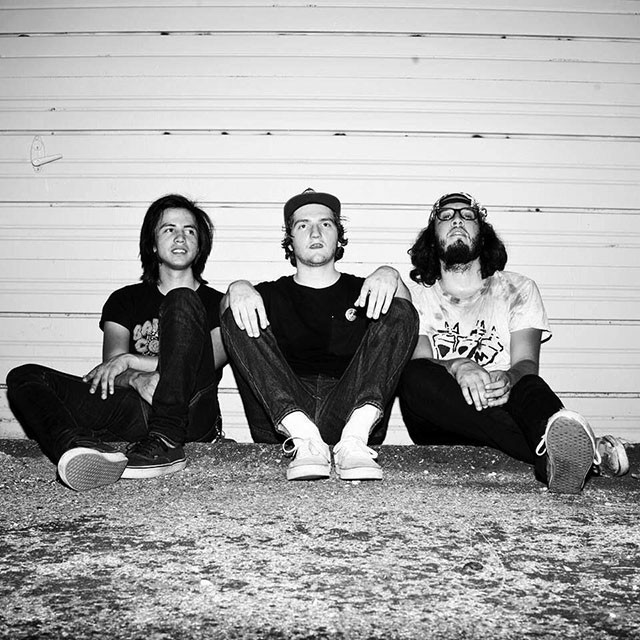 It’s a wonderful time of year to enjoy live music in San Antonio. Every March, we here in ol’ San Antone get to feast on all the scrumptious little musical crumbs that fall off of Austin’s SXSW table, which runneth over aplenty. We are treated to cheap shows packed with bands passing through looking for a gig before, after or during their annual pilgrimage to the Unholy Land of Rock and Roll known as SXSW. And as the insanity of South By seems to grow exponentially every year, all these great shows seem like a perfect excuse to stay the fuck away from Austin for the next week or two.

Fullerton, Calif.’s Burger Records, one of the pioneers of the modern cassette tape revival (which is awesome, by the way—buy a tape deck) and whose discography ranges from Thurston Moore and Dave Grohl to our own hometown heroes the Rich Hands, has amassed enough great garage, psych, lo-fi and punk bands for their second annual Burger Records Hangover Fest to keep denim-jacketed underage kids binge-drinking until mid-June under regular circumstances. To wrap up their week full of events in Austin, the young but legendary label is curating two stages with more than 25 bands right here in our big little city.

While a large handful of the groups on the lineup are from the West Coast, especially Orange County and the Bay Area, a few, like Huntsville, Ala.’s Nightmare Boyzzz and Austin’s Holy Wave prove that you don’t need the radioactive waters of the Pacific to have fun splashing around and getting drenched in warm, sticky waves of spring reverb.

Nick Ivarra, drummer and guy-who-books-the-shows for the Rich Hands, revealed in a Facebook message that their relationship with Burger started on their first national U.S. tour, when our boys performed at the label’s retail store in Fullerton. About the impetus for Hangover Fest, he said, “It pretty much started from the Burger Records guys getting in touch with us and wanting to do a show here. We had kept in touch and built a solid relationship with them.”

Last year’s Fest was at the Ten Eleven, but with its success, the event has outgrown our favorite dive bar and moved to the Korova, where the two stages can accommodate the massive number of bands this year. And hey, the Korova’s notoriously bad reverb- and echo-filled room might actually seem appropriate at this show, considering the genre.

“I’m extremely excited to bring these bands to San Antonio,” Ivarra says in response to the fact that most of these groups have never played San Antonio, let alone had it on their radar. “Most of these bands tend to skip us, so this Fest gives 28 bands a reason to check out SA and see how great it is.” It also gives us 28 reasons to stay this side of New Braunfels next weekend. That’s what the Austinites would want anyways.