Burn It Off! San Antonio Is Top Place in the Nation for Tattoo Removal 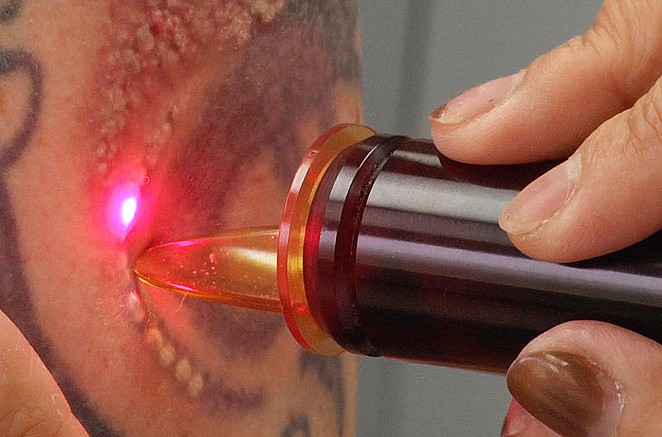 We all know San Antonians loves getting inked. But, apparently, we don't always think it through before we go under the needle.

Yep. The Alamo City is the top spot in the country for people seeking tattoo removal, according to virtual coupon service Groupon. Oklahoma City and Lexington, Ky., ranked just behind us on the list, which was compiled from Groupon sales data.

The only other Texas city on the list was Austin, which ranked at No. 8.

Citing Tattoo.com, Groupon said the most frequently removed tattoos include ex’s names (no surprise there), misspelled words (again, little surprise) barbed wire (because it's not 1992 anymore) and Chinese characters (because they don't always mean what you think they do, smart guy).