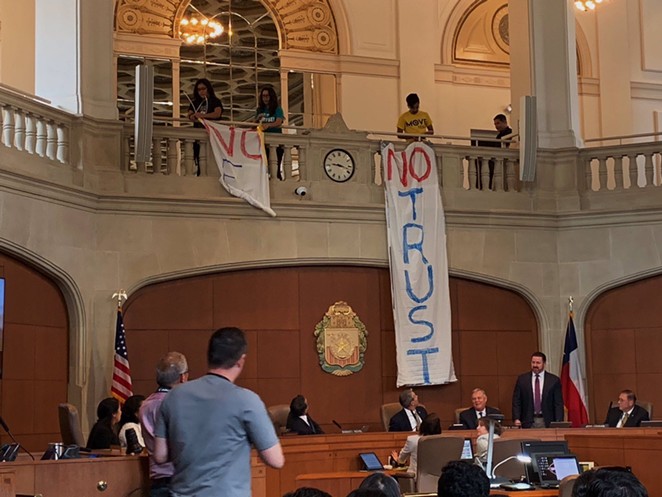 The San Antonio Restaurant Association and others have requested a temporary injunction in Bexar County District Court to halt the rule, wire service Bloomberg reports. A hearing for the injunction will take place November 7.

In July, the business groups agreed to put the brakes on a court battle so community representatives could spend weeks tweaking the ordinance to make it palatable to businesses and more resistant to legal challenges.

Council voted in early October to pass the revised version, but not without warnings from the North San Antonio Chamber of Commerce and other business organizations that they were still girding for a legal fight. They argue the ordinance violates existing law and say the city should wait until after the Texas Supreme Court rules on the fate of a similar measure adopted by Austin.


But supporters argue the ordinance is a matter of both fairness and public health. More than a third of San Antonio workers don't have paid sick leave, meaning they face lost wages if they take time off to recover from an illness, care for a child or escape domestic violence.

Council adopted the original ordinance in summer of 2018 after labor and social justice activists collected 144,000 signatures demanding it be placed on a public ballot.
Stay on top of San Antonio news and views. Sign up for our Weekly Headlines Newsletter.