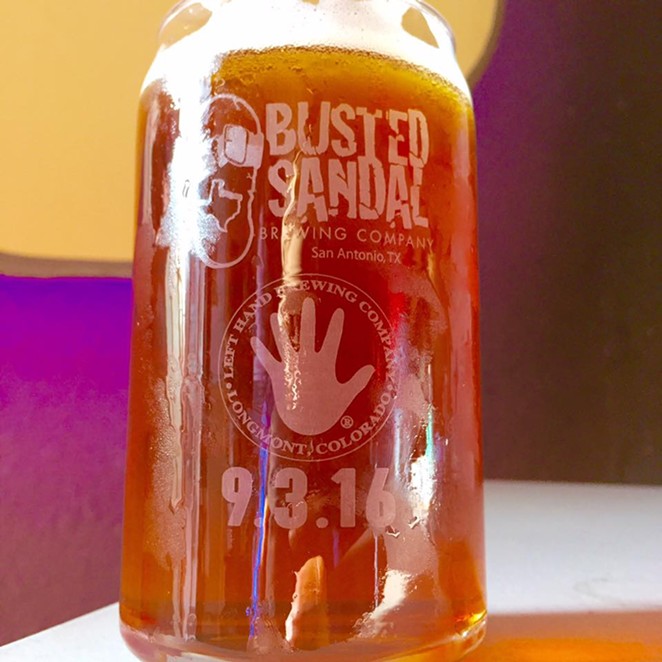 Small and independent craft breweries have many pluses outside of the artisan brews they produce. Many craft breweries get very involved in their community and San Antonio is no different. This time Busted Sandal Brewing Co. has partnered with Longmont, Colorado-based Left Hand Brewing and their national cycling team, Team Left Hand, on a collaboration beer in conjunction with the National Multiple Sclerosis Society. On Your Left Hefe, a nod to a cycling terminology, is a light and spicy Hefeweizen brewed with ginger root with lingering notes of banana.

The beer will be released during a fundraising event at Busted Sandal Brewing on Saturday, September 3 at 4 p.m. All proceeds from the event will be donated to the National MS Society, which helps the 400,000 people in the U.S. diagnosed with MS and their families.

For those unfamiliar with the brand, Busted Sandal came on to the fast growing craft beer scene in San Antonio back in the late summer of 2013 co-founded by friends and IT veterans, Michael DiCicco and Robert Garza, with the goal of predicting small batches of beer with that would appeal to both the advanced and novice pallet.

“No other local brewery has some something like this so it's a first for the community,” said Roland Tamez, director of marketing for Busted Sandal.

Tickets are available for sale at the brewery’s website bustedsandalbrewing.com.