Campus Carry Passes, But Private Institutions Can Opt Out 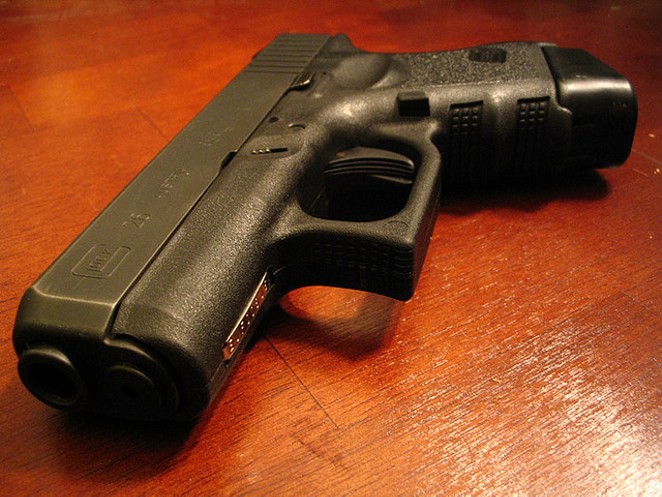 Senate Bill 11 is restricted to concealed handgun license holders who are over 21. The bill is sure to become law, as Gov. Greg Abbott has pledged to sign any open carry-related measure that comes across his desk.

The final version of the bill gave campuses more autonomy than previous editions. Private colleges and universities can opt out of campus carry altogether, and within certain guidelines, public schools can write their own rules on gun storage and where handguns can be carried.

Those provisions made the final bill a mixed bag for open carry advocates. Students for Concealed Carry called the bill “an excellent first step,” but said in a news release that there was also more work to do.

“We are looking forward to the next few years as concerned students lobby their university administrators and regents to not ban carry on individual campuses, as well as the 2017 Legislative Session where we will work to finish the job and ensure licensed, law-abiding adults are not prohibited from defending themselves simply because they choose to pursue higher education,” the news release said.

McRaven expressed concerns that the increased presence of handguns on campus “will lead to an increase in both accidental shootings and self-inflicted wounds.” He also questioned whether weapons could be adequately secured in high-density college living environments.

“Our parents, students, faculty, administrators, and law enforcement all continue to express their concerns that the presence of concealed handguns on campus would contribute to a less-safe environment, not a safer one,” McRaven said.

The bill was one of two major gun-related measures to get the Legislature’s approval over the weekend, as both chambers also passed the "open carry" bill. The bill will allow license-holders to openly carry handguns on their hip or over their shoulder.

Since the last legislative session, open carry advocates have staged demonstrations around the state to push for this permission, legally toting rifles and shotguns into public places. Gun groups such as the ultra-powerful National Rifle Association praised the bill’s passage.

“The passage of this common sense law expands law abiding citizens' right to exercise their constitutional freedoms and affirms Texans' long tradition of supporting the Second Amendment,” Chris Cox, executive director of the NRA’s lobbying arm, in a news release.

After the open carry bill passed, Abbott made his intentions clear with this tweet, even giving a shout-out to the NRA: