Campus Orgs That Want Your Voice 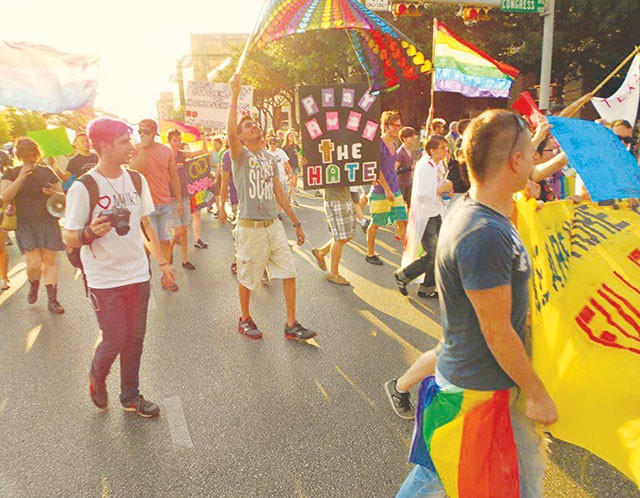 Along with the heat, this summer has sparked debate between the June filibuster against abortion restrictions, same-sex marriage rulings and the George Zimmerman ruling. As a result we’ve made summer memories by crowding the capitol, Facebook ranting and blogging our opinions. Just because summer’s ending doesn’t mean social issues do, too. If you’re college-bound, these groups will definitely give you your sea legs into the theory and practice of politics, debate and activism within the San Antonio community.

Pi Sigma Alpha
This group promotes dialogue on campus and in the community relating to politics and international affairs (also at Incarnate Word).

Students for the Advancement of Gender Equality
Raise awareness of gender issues and sexuality on campus.

St. Mary’s University
Immigration and Human Rights Clinic Course
Students are given the opportunity to study immigration law and case work through interviewing clients, developing case strategies, creating briefs and representing them before federal courts, immigration courts, the Board of Immigration Appeals or the Department of Homeland Security.

University of Texas at San Antonio
The American Civil Liberties Union Student Chapter
ACLU promotes civil liberties and encourages students to speak up for the powerless and fight to maintain existing civil liberties.

Students United for Socioeconomic Justice
Originating from the Occupy movement, this group focuses on student debt, rising tuition and the problems associated with them. The group also educates students about the factual information surrounding the Occupy movement and other social inequalities.

Our Lady of The Lake University
The Alliance
The Alliance encourages unity throughout the campus between LGBT students, straight students, faculty and staff by embracing diversity.

University of the Incarnate Word
Children Are Reason Enough
C.A.R.E.’s passion is the wellbeing of San Antonio’s children. The group’s events include school visits and festivals for under-privileged children.

Politics in Action
This group aims to increase students’ political awareness and participation.