Can You Imagine Taking a Skyride from the Airport to the Pearl?

Imagine taking a skyline from the airport to the Pearl, flying high in the sky, San Antonio unfolding from a never-before-seen perspective below.

Now imagine this: while soaring above Broadway your eyes wander, finding a cityscape dotted with soothing and useful green space. But not just one or two, here and there; more like, 1,000 parks.

That's the idea University of Texas at San Antonio College of Architecture, Construction and Planning Professor Antonio Petrov's students came up with and presented in late April at Brick at the Blue Star Arts Complex.

Titled "1000 Parks and a Line in the Sky: Broadway, Avenue of the Future," the students presented a 50-foot-long model of Broadway and the design proposal.

The idea presents 1,000 different ways to turn unused spaces along the Broadway corridor into parks. That's hefty enough in its own right. But above all that unused space is more unused space. Why not explore reinventing the Brackenridge Park and Hemisfair Skyride, providing visitors and locals alike with the ability to see the city from a whole new vantage point?

I sat on a panel with Ashley Heeren, of Lake | Flato Architects, O. Ricardo Pimentel, an editorial writer with the San Antonio Express-News, Luis Muñoz, of Bauhaus Media Group, Julia Murphy, of the Cibolo Nature Center & Farm, and Petrov on April 28.

Before the panel, Petrov told me that he hoped all of us would challenge his students' design and their ideas.

It wouldn't be hard to do. A skyline running from the airport, following Broadway and landing in Downtown is easy enough to pick apart. The journalist in me instantly considers funding sources and hurdles in City government. Remember how the last attempt at obtaining streetcar went? And as for the parks, good luck figuring out who owns all that land and how it's zoned.

But as I sat on the panel, fielding questions from Petrov, his students and the audience with my colleagues, it was clear that this idea piqued everyone's interest for a simple reason: it's thinking big.

Sure, a skyline might be improbable. But what would it mean for San Antonio if it existed, in some form? How would turning all of the unused space along Broadway into parks improve the quality of life for residents? Like the City's linear park system, could those parks also be used in flood control? What about pollinator gardens?

As one question led to another, suddenly a room full of people were asking other big questions and having other outside-the-box thoughts on what their city means to them and what it can be in the future.

San Antonio is growing. Neighborhoods all around the Downtown area are revitalizing. By 2040, the Alamo City could see more than 1 million new residents. And right now, the city continues to ride the wave of positive development, with the Pearl, Hotel Emma, the Museum and Mission Reaches, the Tobin Center for the Performing Arts, the design and construction of Downtown's first Class A office tower in more than three decades and the game-changing renovation of San Pedro Creek.

What better time is there to think big? Because, again, one big thought can lead to 1,000 more big thoughts that no one ever considered. 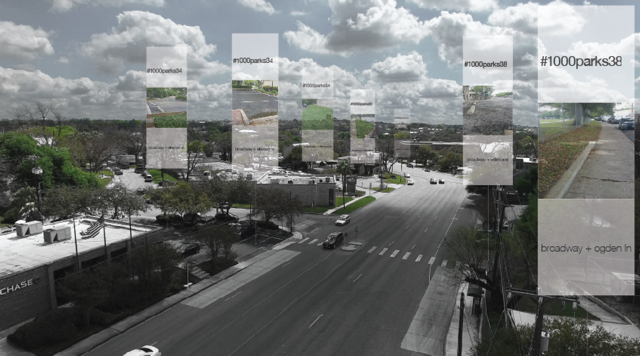 That's exactly what Petrov's students did. And that one big idea — improbable as a skyline may be — stoked excitement in the 50 or so people who visited that panel. It was infectious, and it's not limited to that panel or Petrov's students.

All around the city, more and more residents are becoming engaged and talking about making a more sustainable, urban-oriented San Antonio a reality. There's excitement for what's to come and a feeling that residents and the City can work together to make San Antonio a city of the future.

Sure, we have our problems with traffic and air quality and even gentrification, and those aren't to be taken lightly.

But the more people dream — and the larger the dreams the better — the more likely those dreams could turn into reality.

So dream big, and dream often. The future is ours to shape. How we do it is up to us. 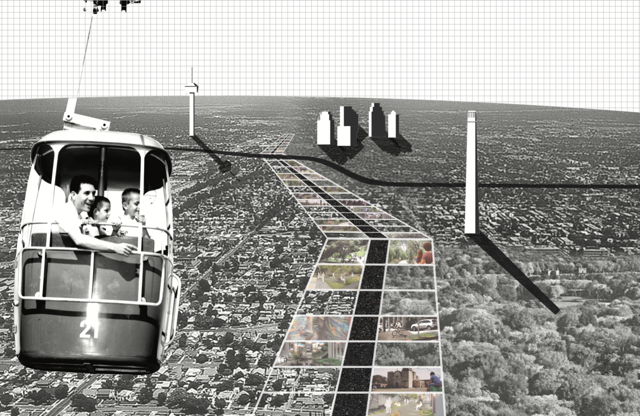