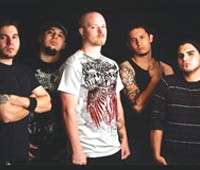 Critic's Pick Release Date: 2010-09-01
Last year, 700 folks with fond memories of Teen Canteen gathered at “Samstock” — a musical tribute to the man behind the bygone teen club. In 1960, owner Sam Kinsey entertained the crowd at Teen Canteen (then housed in Jefferson Methodist Church Hall) by spinning 45s on a portable record player. But by 1977 (the year it closed its doors), Teen Canteen had evolved into a full-fledged music venue, nurturing local bands and attracting big names like ZZ Top (who were reportedly paid a whopping $300 to perform there). With the addition of a second stage in Canteen Village (a groovy outdoor market with graphic artists and artisans), this year’s retro-celebration might even cause a few flashbacks: bands from the original Teen Canteen (the Pipelines, Cain’s Children, the Chayns, and Pablos Grove to name a few — turn to the music listings for the full lineup) provide the soundtrack this year